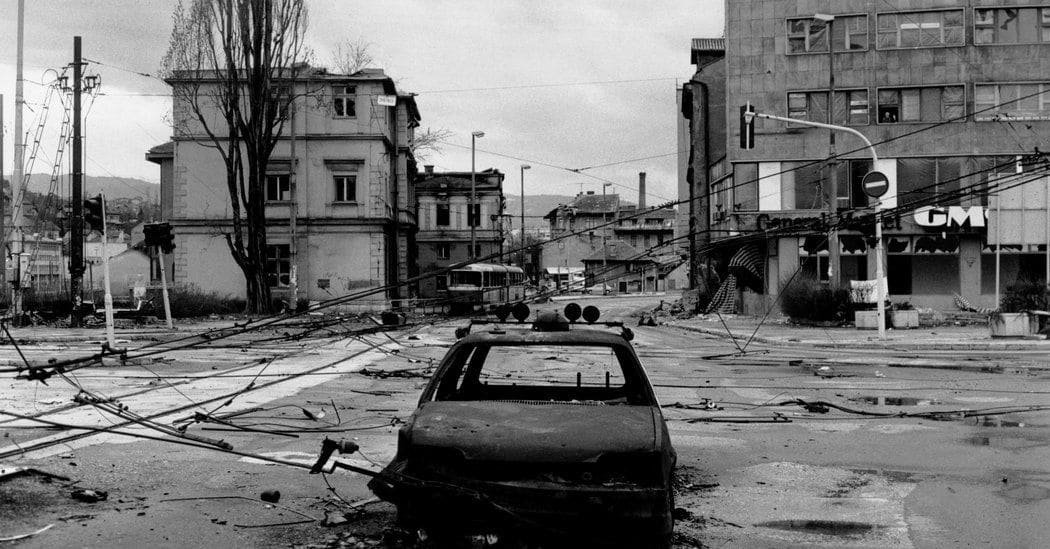 From 1992 to 1996 the city of Sarajevo endured one the most horrific human tragedies in recent history. 1425 days city was surrounded, today this siege is known as the longest one in modern warfare.

In a valley, which proved to be devastating for its defense, Sarajevo was continuously terrorized from the hills and mountains surrounding it. A UN report concluded that an average of 330 bombs ware falling every day.  Not only on military targets but also on civilian homes, hospitals, libraries as well as on religious and cultural monuments.

All the while people continued to live in the city in which most of them didn’t have running water. They had to travel a certain distance each day in order to reach a water source. Hiding from mortars and bullets bring the water safely home. Most of the time during the siege there was no electricity and no gas but finding food was the most difficult task facing the besieged people.

It is the stories, the people who continued to live in the city where death was lurking on every corner that best describes the spirit and desire for life. It doesn’t seem likely that this period could be connected with something which seems so abstract and inessential as creativity. But that is exactly what the people of Sarajevo had in abundance.

All the while people continued to live in the city in which most of them didn’t have running water. They had to travel a certain distance each day in order to reach a water source. Hiding from mortars and bullets bring the water safely home. Most of the time during the siege there was no electricity and no gas but finding food was the most difficult task facing the besieged people.

Above all, ingenuity was evident in the mere fact that they managed to live in these conditions thus creating some remarkable feats of engineering such as the 800 meters long tunnel. It became a lifeline for blocked and isolated city. But some everyday items were also fascinating such as improvised oil lamps, handmade stoves and power generators made from car engines.

Sarajevo had during the siege, more than 50 original theater plays performed and at least 100 art exhibitions. Sarajevo Film Festival, now one of the most successful festivals in the Balkans. Founded in 1995, during the siege, when it wasn’t likely that it would have any future.

The Fall of Yugoslavia, Sarajevo Siege Tour  is taking you through the streets of the once besieged city. Our guides explain the significance they had during the war, some of them were constant targets for snipers while others served as front-lines. Bombs and artillery have decimated the city but donations and foreign aid have enabled it to be rebuilt even though war damage is still visible on some facades and few buildings are still completely destroyed.

Sarajevo local guide also shows you Sarajevo cemeteries, older ones which still overlook the city, and more recent ones, many of which have been built during the siege. Many cemeteries inside the city are “mixed” which means that Muslims, Jews, Catholic, and Orthodox Christians and atheists are all buried next to each other. That shows that even in death people of Sarajevo are together, once again living up to the reputation of Sarajevo being Little Jerusalem.

The Fall of Yugoslavia, Sarajevo under the siege tour ends on mountain Trebevic.  A favorite destination for Sarajevans since it is the mountain closest to the city but also because a cable car was connecting it with the old town. In 1984 The Winter Olympic Games took place in Sarajevo.  Trebevic is one of the Olympic Mountains that the luge track was built there specifically for this occasion. The same place was one of the strongholds of the aggressors who used the vantage points. Once upon a time attracted both locals and foreigners to admire the city, as launching ground for their heavy artillery. Hotels, a space observatory, even the cable car were all destroyed during the war and the luge track. Although not completely destroyed, it was damaged and is not being used anymore.

Today Sarajevo is the urban center of Bosnia and Herzegovina, a dynamic and modern city. An unsuspecting eye the cracks and patches in facades, the red-colored holes in the asphalt and inscriptions. Written in a language unknown to many doesn’t seem worthy of a second glance but each crack has a story to tell.  With our guides, you can discover their meaning and significance and hopefully get to understand the city a bit better.