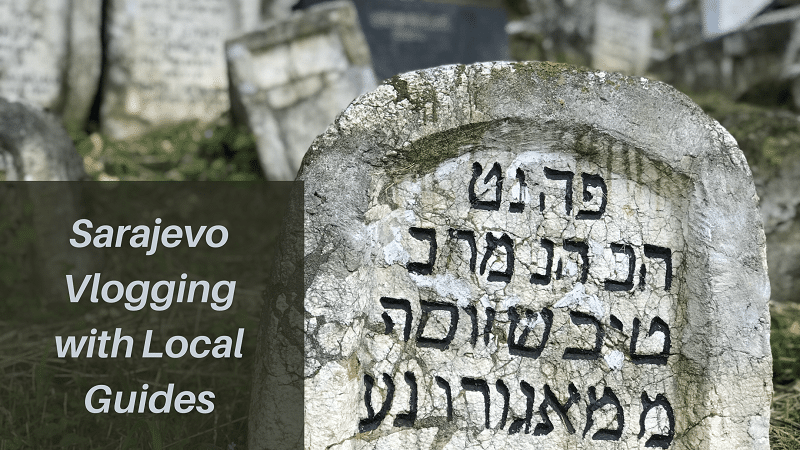 In this vlog you will see two of the most iconic landmarks in Sarajevo, both located outside of the city center. When you’ve done doing the tours in the city and visiting museums you can check out these hidden gems. Overlooking the city, the Sarajevo Jewish cemetery still stands as a reminder of a once-thriving Jewish community in Bosnia. Unique for its size and unusual tombstones this cemetery is truly a testimony of Sarajevo’s multicultural heritage. During the siege in the nineties, the Jewish cemetery was a frontline and many tombstones have been greatly damaged by bullets.

Winter Olympic Games in Sarajevo is still remembered with pride in this city. Declared to be a huge success and organized with great care this event still reminds the locals of the time when Yugoslavia was still around and had a reputation and prestige in the world. By far the most visited relic of the 1984 Winter Olympic Games in Sarajevo is the bobsled track on mountain Trebević.

Tucked away in the middle of the forest and covered with graffiti this concrete structure is a perfect spot to stroll around and take pictures. It has been attracting an ever-larger number of visitors lately and this video will enable you to have a closer look.

Several tours include visit to the Bob Sleigh Track from the Olympic Games in Sarajevo: