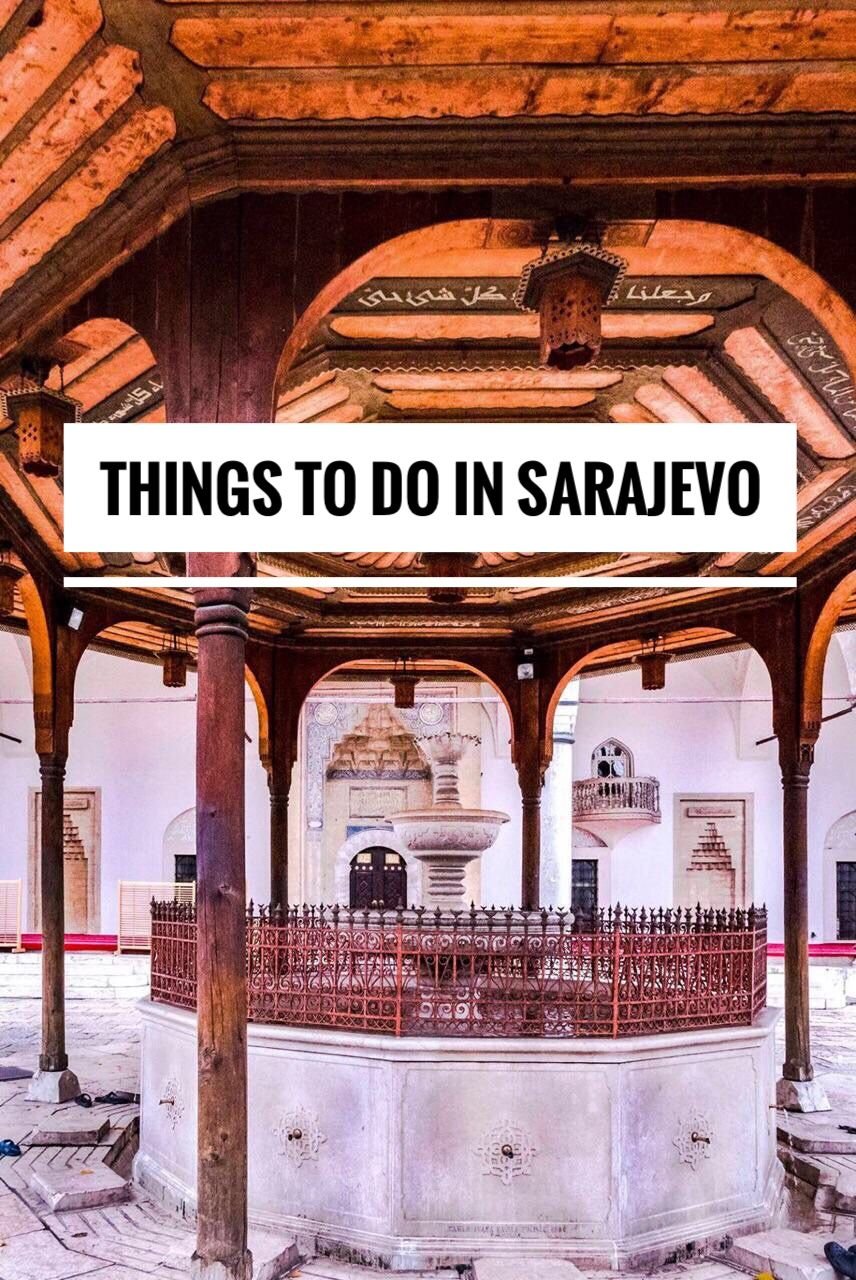 Sarajevo is the capital city of Herzegovina and Bosnia. A small city located on the banks of Miljacka River and the city is surrounded by the beautiful Dinaric Alps. If you are wondering about what things to do in Sarajevo: The Sarajevo city center has several beautiful museums where you can see the honoring local history of the city, including the history of Sarajevo, from 1878 to 1918, which also include the assassination of Archduke Franz Ferdinand in the year 1914. It is a major event that led to World War I. The city is also popular because of its outstanding landmarks. The old quarter, Bascarsija, including the popular Mosque known as Ottoman-era Gazi Husrev-bey. Probably the best introduction to this city would be to join the Sarajevo Free Walking Tour every day at 10:30 provided by Meet Bosnia. A young and enthusiastic team of local guides who are specialized in Sarajevo tours. Most of Sarajevo tours including Sarajevo walking tour start in front of Meet Bosnia office every day.

For the list of things to do in Sarajevo make sure to contact us. We will provide you walking tour Sarajevo that you will remember for the rest of your life.

Sarajevo is an old city that has seen its share of several historic events. Due to the rich and long history of culture and religious diversity, the city is sometimes called “Jerusalem of the Balkans” or “Jerusalem of Europe”. It is the only big European city that has Catholic Church, Masque, Synagogue, and Orthodox Church located in the same neighborhood. The regional education center and home to the Balkans. It is considered as the first Educational institution of tertiary in the form of an IP (Islamic Polytechnic) called the SOM (Saraybosna Osmanli Medrese). It is a part of the Sarajevo University. The list of things to do in Sarajevo when you visit Sarajevo include:

Gazi Husrev Bey’s Mosque – Things to do in Sarajevo:

This Mosque was built in the year 1532. It is located in the old town of Sarajevo. It is considered as the biggest historical mosque in the country and placed in the center of the Islamic Community City. This mosque is the authentication of Ottoman architecture and because of this beautiful architecture; the city became popular among tourists from all over the world. Outside of the Mosque contains a beautiful open courtyard. Decorated with a beautiful fountain for traditional ceremonial washing. The mosque’s main entrance is adorned with intricate Islamic patterns and design. It has several domes that are an emblematic feature of Ottoman Mosques.

Latin Bridge – List of things to do in Sarajevo

This Sarajevo tour continues toward a famous Latin bridge. Archduke Franz Ferdinand is a famous person in Sarajevo. The assassination of Franz was taken place near the Latin Bridge. This killing became sensational and also sparked the outburst of World War I. The Latin Bridge is one of the primeval ottoman bridges in the city. It was built probably in the mid of the 16th century. This unique bridge is small and contains three archways and a sharp crest at the center. The assassination took place at the northern end of the bridge. There you can find a plaque remembering the event, built during the Yugoslavia period. The local Sarajevo guide explains this event in detail.

Sarajevo Tunnel Museum – Things to do in Sarajevo

War Tunnel Museum is one of the central parts of the endurance of the Bosnian Residents of Sarajevo at the time of the Civil War. During that period, the Sarajevo War Tunnel has become the lifeline to get help, food, weapons, resources, and often people in & out of the city when it was under siege. The tunnel was constructed in the year 1992 in the month of May, by the Bosnian Army. But, the routes in and out of the city were blocked by Serb forces.

They can connect to the Un-controlled area on the Serbs side. Currently, the Sarajevo War Tunnel is a museum. Visitors can explore a small part of the war tunnel to experience history. It is not recommendable to go to the tunnel museum without the Local Sarajevo Guide.  We provide Fall of Yugoslavia, Sarajevo Under the Siege Tour every day. This tour in Sarajevo will help you understand life in a surrounded city. The only exit was the war tunnel under the airport runway. As you can see there is a lot of things to do in Sarajevo so make sure you visit it. Besides this tour, Meet Bosnia agency offers many Sarajevo tours which you can find on our website.