When you book with an account, you will be able to track your payment status, track the confirmation and you can also rate the tour after you finished the tour.
Sign Up
1544

7-8 hours
Availability : Every day (from May to October)
Min Age : 5+
Max People : 7
What to expectTour HighlightsDetailed descriptionPhotosMapReviews

Lukomir Village tour is perfect for nature lovers since Lukomir is Bosnia’s highest and most isolated mountain village.

Lukomir is like a living ethnological museum, where the customs of nomadic tribes and Dinaric highlanders are still practiced.

We invite you to join us and visit this important part of Bosnia & Herzegovina’s historical, cultural and architectural legacy which is a top-rated rural tourism destination.

Present-day Lukomir gives plenty of evidence that the population descended from Podveležje in Herzegovina.  Podveležje, the dry plateau above Mostar, could not provide the herds with enough water to sustain these semi-nomadic tribes,over the summer months. Eventually many of the villagers from the Podvelezje region made permanent settlements in the canyon and later in the place where it is now located.

Lukomir village is interesting for its unique stone houses with cherry-wood roof tiles. Indeed, access to the village is impossible from the first snows in December until late April.  The only way to rach it is by skis or on foot. A newly constructed lodge is now complete to receive guests. From there, you can do some magnificent hiking in the area along the ridge of the Rakitnica Canyon.  From the edge of the village, located at almost 1,500 meters above the sea level, you will have a  breathtaking view of this canyon. Also you can see the neighboring Obalj and Visočica Mountain. On the other side, you can see Igman, a beautiful Olympic mountain.

Lukomir Village is known for its traditional attire

In Lukomir you can still see women wearing traditional hand-knitted costumes that had been worn for centuries. They still knit pretty, colorful things for their children and grandchildren. In general, you will see how does everyday life in Lukomir Village look – a normal life, but without electricity, water or internet we are now used to.

Of course, you will be able to try delicious traditional Bosnian food. 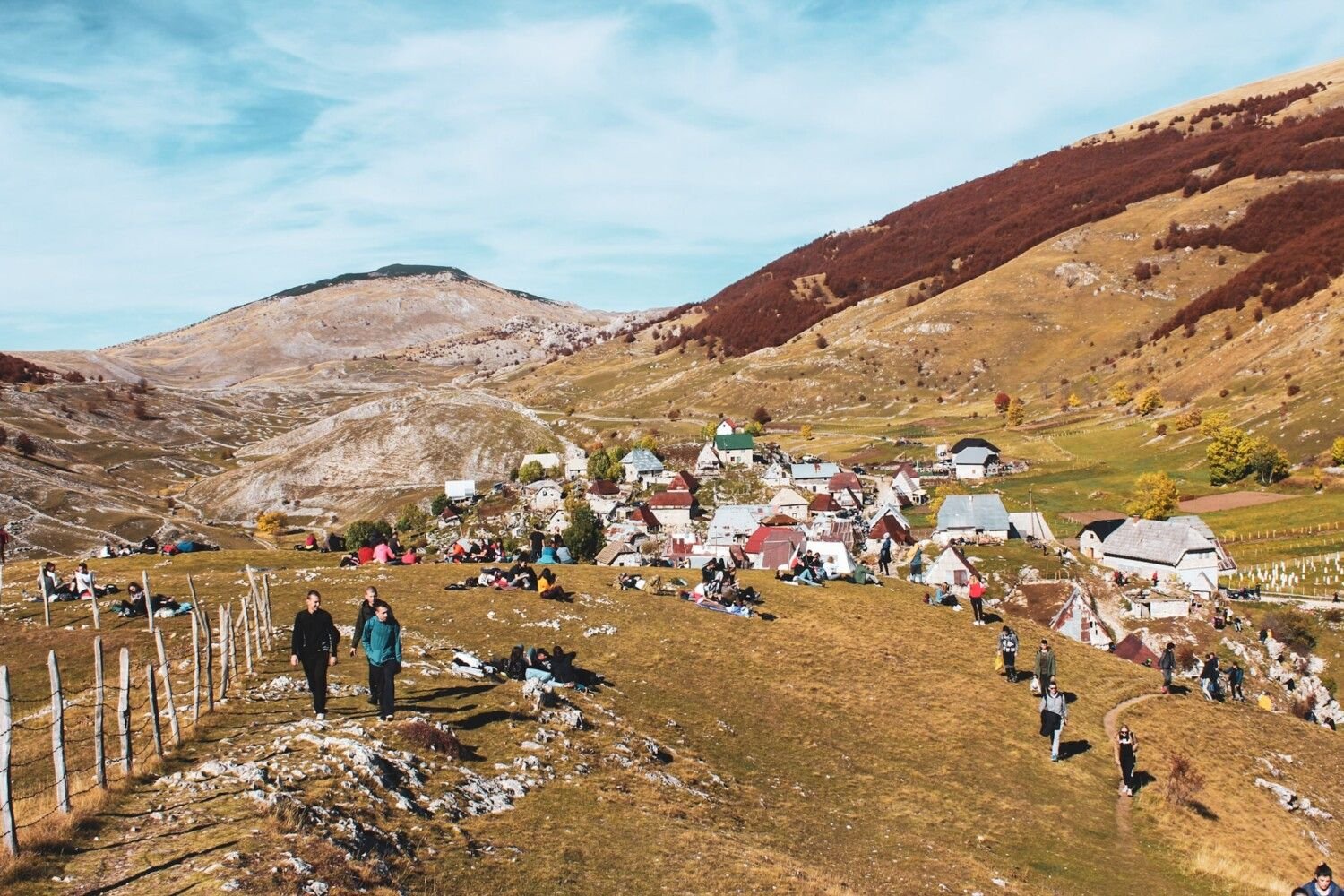 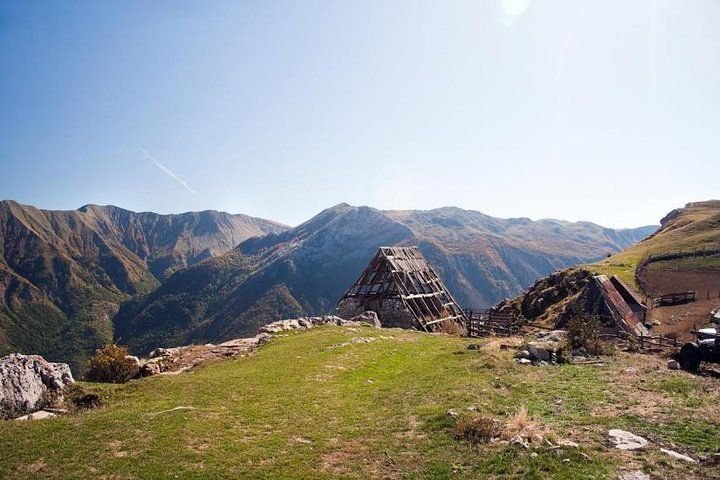 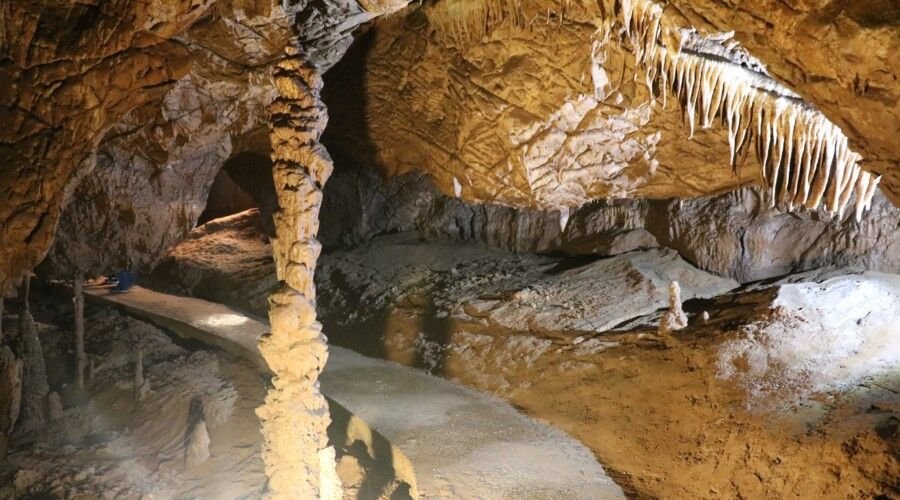 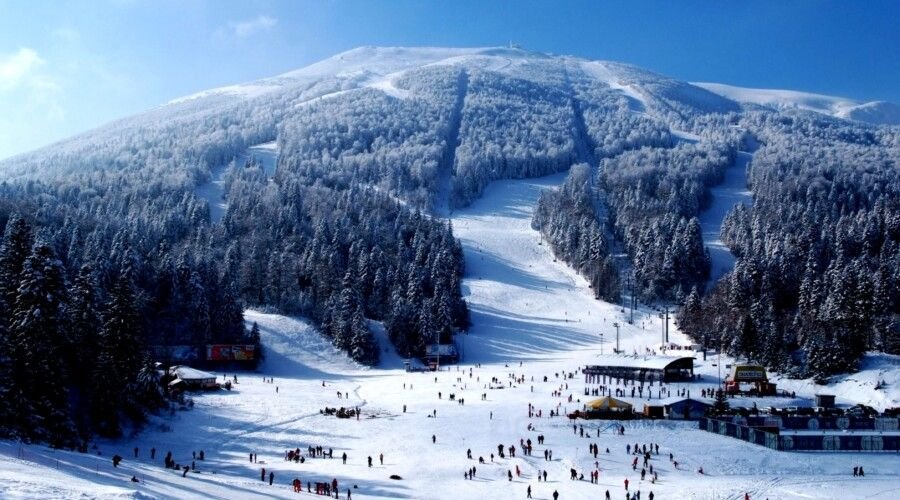 The village is amazing and so was our guide. We really enjoyed this day. Thank you.

Very interesting trip out of Sarajevo and into the mountains to the highest and most remote village. This trip takes a long time but it is worth it if you want to see something completely different. The views are amazing, and the village life is fascinating. If you do not like long drives on windy roads, or are prone to car sickness this might not be the best choice for you. Our guide was very patient and took us on a wonderful journey for the day, stopping first at the former Olympic high jump site, and then up high into the mountains. We tasted some local village bread and cheese, and were able to spend some time walking all around Lukomir Village