When you book with an account, you will be able to track your payment status, track the confirmation and you can also rate the tour after you finished the tour.
Sign Up
101

The Old bridge of Mostar and Four Pearls of Herzegovina Tour from Sarajevo is a full-day tour to Konjic, Kravice Waterfall, Pocitelj, Blagaj and Mostar. The area of Herzegovina is a must-see region for everyone coming to the Balkans. We enable you to experience this region from the perspective of cultural diversity and unique history, truly amazing scenery and delicious food as well. Join us for this amazing, UNESCO based trip and get to see Herzegovina attractions with our local guides.

This tour starts from our agency but can be arranged from elsewhere, if requested.

The first stop of the day tour is a short visit to the old part of Konjic. The symbol of Konjic is The Old Stone Bridge, which was connecting the banks of Neretva river for centuries. It was since 1682. until WW2, when the German occupiers destroyed it, during the withdrawal of their troops. It was reconstructed as the original bridge in 2009, and has been on the list of national monuments of BiH since 2003.

Then we continue through some really amazing parts of Neretva river canyon, telling the unique stories of Herzegovina.

Later on, we arrive at Pocitelj – the stepped Ottoman-era fortress village. It is a medieval and Ottoman-Mediterranean wonder of nature and architecture, a place like no other. Cupped in a steep rocky amphitheater, it’s a warren of stairways climbing between ramshackle stone-roofed houses and pomegranate bushes. Towering over this dreamlike scene is the Kula (Fort of Počitelj), at 45m above sea level, it offers breathtaking views. In only one photo you will have Neretva River, impressive Hajji Alija’s mosque, the mekteb (Muslim primary school), the imaret (charitable kitchen), the medresa (Muslim high school), the hamam (public baths), the han (public inn) and sahat-kula (clock-tower).

On the other hand, the most dominant residential structure in the village is Gavrakanpetanović House. In that house there were thousands of artists and cultural actors from all over the world for the International Art Colony. Počitelj has a magical air that transcends time. It is a place just to wander, get lost in thoughts, and feel a profound sense of wonder and serenity.

Our next destination is Blagaj – a haven of peace and natural harmony. In Blagaj you will see a Tekke – the Dervish Monastery, built around 1520. The monastery is an important monument of the early Ottoman period in Bosnia & Herzegovina. The dervishes have been using the monastery in order to perform their special rituals – Dhikr (praise to God). Blagaj Tekke is situated by the Spring of the river Buna, surrounded by beautiful mountains. In the silence of the Dervish house’s garden, cooled by the freshness of the wonderful river with the most spectacular view. Therefore, you will understand why Blagaj was the focus of interest of historical personalities, Roman nobility, Ottoman viziers and kadis, Austro-Hungarian officers and many travelers searching for the freshness of the water, the warmth of the sun and blue sky.

So in the end, it’s time for Mostar tour from Sarajevo – the lovely experience in one of the most important pearls of Bosnia and Herzegovina. Mostar is a city of stone on stone, historical, political, scientific and cultural center of Herzegovina. It lies at the foot of the slopes of Velez Mountain, in the Neretva River valley.

Mostar was one of the most destroyed cities during the war in Bosnia. But even today it has enough preserved architecture speaks to the rich cultural past of this city.

The most famous attraction in Mostar is the Old Bridge, built in 1566 according to plans of Hayruddin, the great Turkish builder of the 16th c. From 2005 it is on  UNESCO’s World Heritage List. Above all, it’s the beating heart of the city, a strong iconic symbol of its history and one of the country’s most recognizable landmarks. The bridge is 24m high, but in spite of that, you will frequently see members of the Mostar Diving Club dive off the bridge. The practice dates back to the time the bridge was built.
We will also see the Crooked Bridge – the oldest arch bridge in Mostar.

In Mostar you will find Hamam – a Turkish bath. It is the only Turkish bath still existing in Mostar and one of the few remaining examples in the whole of Herzegovina. By visiting this location you will have the unique opportunity to take an immersive step “back in time,” engaging in an element of Mostar lifestyle that has been prevalent for centuries.

In addition, Mostar tour from Sarajevo will cover Koski Mehmed Pasha Mosque, the second biggest mosque in Mostar. Its original color and wall decorations have been preserved until today. You can climb the mosque’s minaret, which offers an amazing panoramic view of the city and The Old Bridge.
Kujundžiluk – Old Bazzar, winds along a small, pretty, cobbled street, dating back to the middle of the 16th century. Therefore, you can find characteristic crafts shops and traditional restaurants in this area.

“When you spend a night in Mostar, it is not the sound that wakes you up in the morning, but- the light. I know this from my own experience. It was the light that welcomed me when I arrived, it followed me from the morning to the evening, and when I left, that light forever stayed in me as the main characteristic of my memories of Mostar…”

In conclusion, we will ride and walk through fascinating landscapes, interesting villages and cities, historical museums, we will go back to history and learn about Ottoman Empire, WW2, Tito’s Yugoslavia and taste delicious Bosnian food and enjoy the tradition. The day you will certainly never forget! 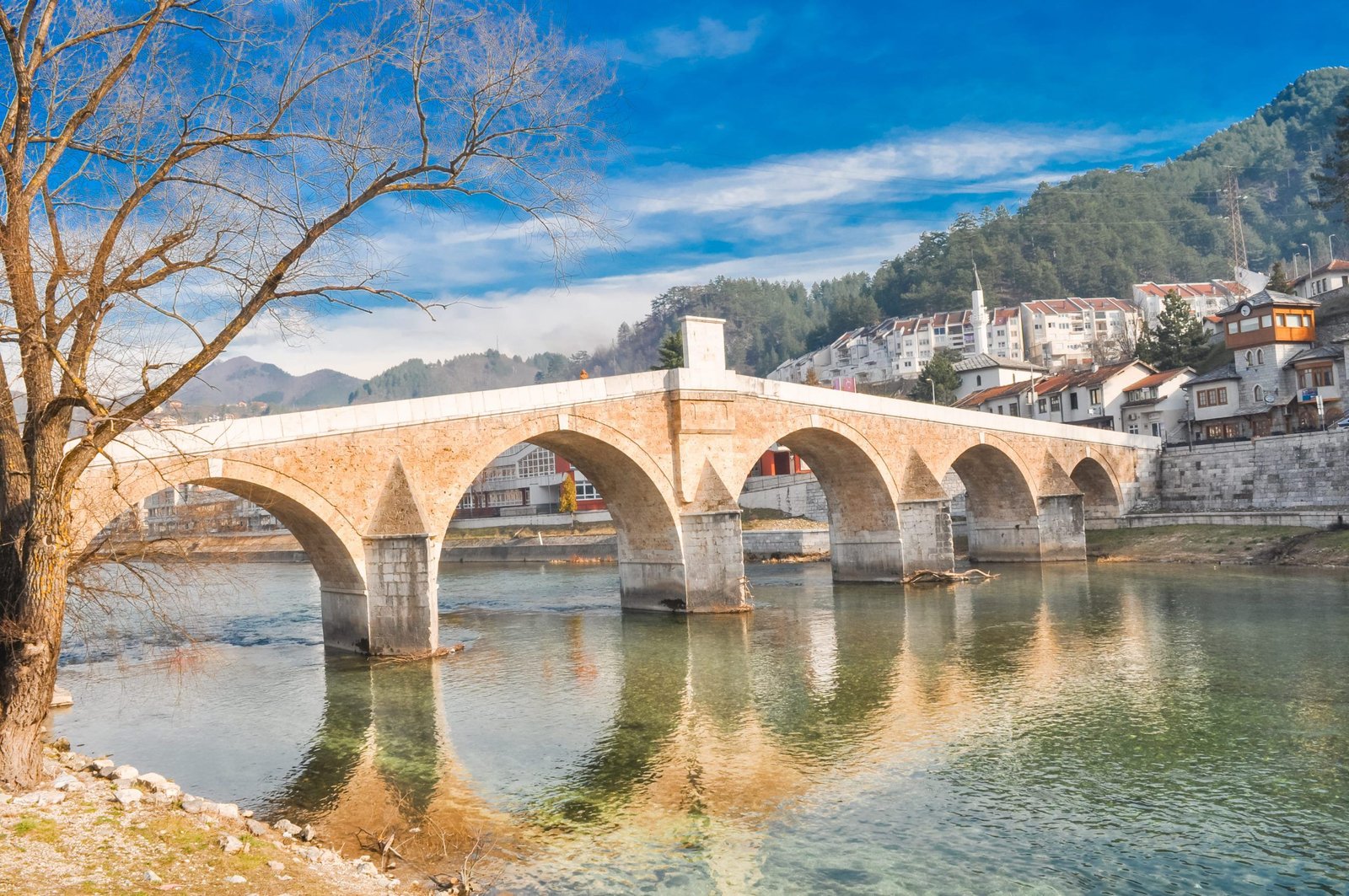 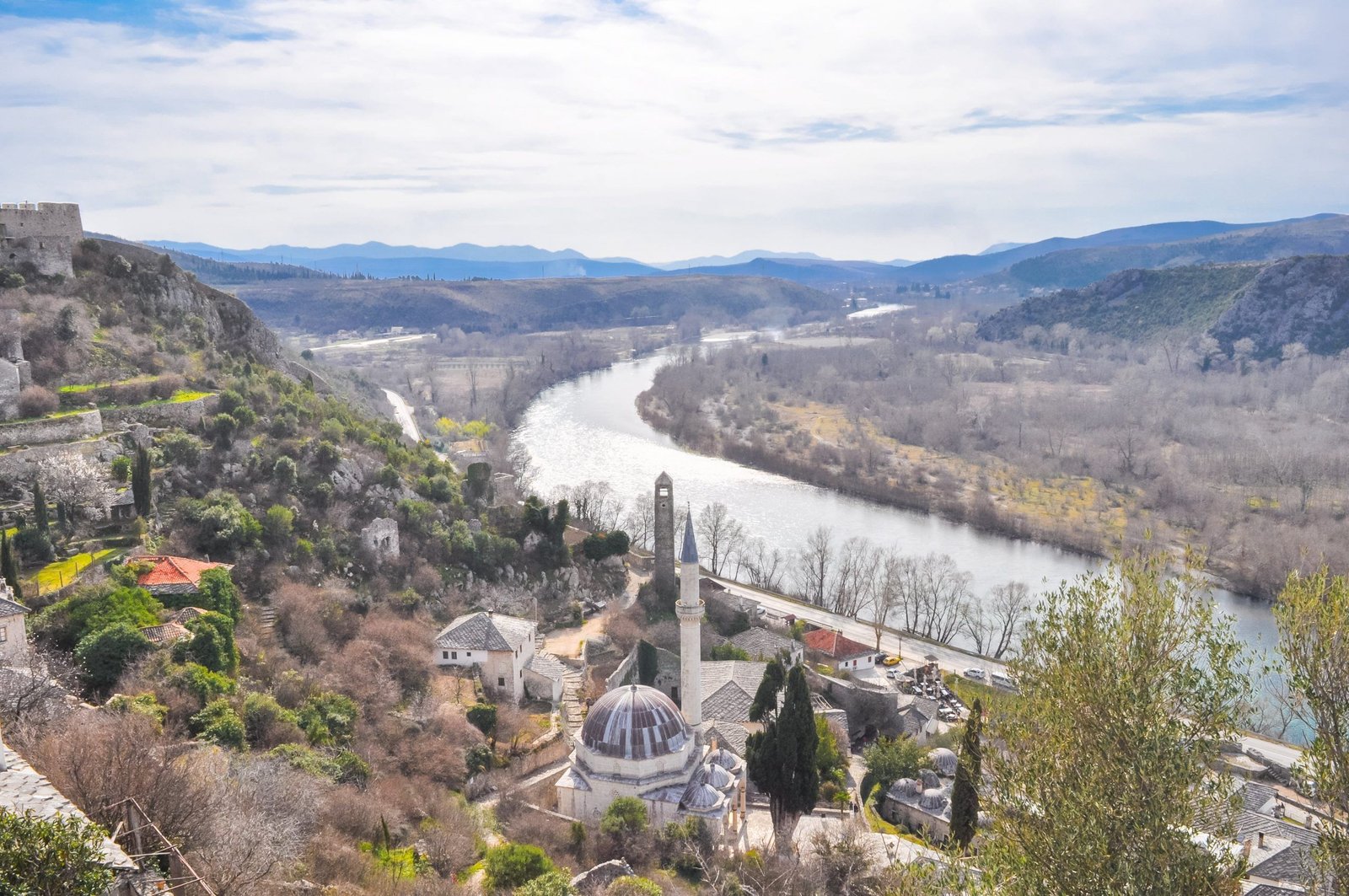 Once again these guys were great throughout the whole trip. Every one of them super professional, knowledgeable and hospitable. Would highly recommend guys. Was a great day out too. A longer one than the other trips as there was a lot more to see. Muamir also recommended some food places which were just amazing! Great trip! Great food! Great views! Great company

Two tours over two days: Mostar and Sarajevo City, inc. the Tunnel. Both excursions were informative and enjoyable and paced just right. Although recent Bosnian history is nothing short of heart-breaking, told with skill on these trips, the emerging Bosnia and Herzegovina seem ready to embrace the new challenges of European integration, despite ongoing sectarian tensions The tragedy of the past and the hope for the future are irresistible features of these two tours, aided in no small measure by very enthusiastic guides

Lejla was our tour guide along with Mohamir (Reagan, also as by his colleagues). Both of them were damn sweet, accommodating and provided ample information on the tour. The touring van was quite comfortable as well. The dinning place near the Dobrun Monastery is a must try. They have a dish which is river trout of the Bagaj Lake and is something that is recommended. The Kravice waterfall, Mostar and Pocitelj villages were equally mesmerizing. Lejla and Reagan have a sense of humor and they are pretty great too and so we had a lovely time with them. Do not forget to try the ice cream near the Mostar Bridge it’s like the “cherry on the cake” ending.

Amazing and beautiful view. Bosnia rich with history. Thank you to tour guide Sameer, he’s making our experience more memorable and enjoyable with his knowledge and experience. Wishing to be back in Bosnia and Herzegovina.

The journey was amazing. Every location and stop is a true pearl. My guide Regan was amazing. He was very kind, helpful and very aware of the places and the historic facts. Very interesting conversations we had and so impressive info he provided me about Bosnia and Herzegovina. The time I had in every stop was more than enough so that’s a big plus as well. I’ve never felt being in a hurry or something. I definitely suggest that journey. Giorgos