5 days in Bosnia and Herzegovina with Medjugorje visit

When you book with an account, you will be able to track your payment status, track the confirmation and you can also rate the tour after you finished the tour.
Sign Up
30

If you have been planning to visit Bosnia and Herzegvina and one of the must-see places in that jounrey should be Međugorje, our 5 Days in Bosnia with Međugorje visit is a perfect tour package for you.

During this 5-day tour you will be able to experience Bosnia and Herzegovina and visit  some of its most beautiful places.

We will be exploring the beautiful capital of Bosnia and Herzegovina, Mostar and Međugorje in Herzegovina region, and have a real royal experience in medieval cities in central Bosnia – Travik and Jajcee.

Today we will welcome you at the airport and transfer you to your hotel.

After the check-in and some free time to rest, we will have the Sarajevo Walking Tour. During this tour, you will find out why Sarajevo is known as “Jerusalem of Europe”. Highlights of the tour are Baščaršija Square – Sebilj Foutain – Oldest Street in Sarajevo – Old Orthodox Church – Cathedral of Sacred Jesus Heart – Synagogue – Gazi Husrev-bey Mosque – Clock Tower – Caravan Saray – Old Madraasa – Bazaar – Meeting of Cultures Spot – Sarajevo Roses – Hotel Europe – Assassination Spot – Latin bridge. This tour lasts around 2 hours.
Overnight in Sarajevo.

After breakfast, we will start our tour to Mostar and Medjugorje. Mostar and Medjugorje tour is a day tour from Sarajevo to one of the biggest roman catholic pilgrimage sites in Europe – Međugorje. And, of course, it includes visit to the historic and cultural center on Herzegovina – Mostar.

On our way to Mostar, we will stop in Konjic, a small town famo9us for it’s Old Stone Bridge. After half an hour’s break in Konjic, we will proceed to Mostar.
In Mostar you will see the famous, UNESCO protected Old Bridge of Mostar built-in 1566 which is the biggest attraction of this beautiful city. You will also see Kriva Ćuprija, the oldest arch bridge in Mostar, Hamam – Turkish bath Koski Mehmed Pasha Mosque, the second biggest mosque in Mostar. We also pass through Kujundžiluk – Old Bazzar that winds along a small, pretty, cobbled street, dating back to the middle of the 16th century.

The next stop is Međugorje. For those of You who have never been to Medjugorje, you will experience one of the most spiritual and peaceful places on earth. After visiting Medjugorje, Apparation Hill, and St. James Church in Međugorje we are sure you will agree.

After aq full-day tour we are coming back to Sarajevo. Overnight in Sarajevo.

This day is reserved for Travnik and Jajce Waterfall tour.

Travnik is one of the best-preserved cities from Ottoman times. From overthere we will have a beautiful panoramic view on the city. We will see a very interesting mosque – Sulejmanija or Šarena mosque, and Elči Ibrahim-Pasha madrassa – muslim school that is still used today.
Travnik is known for lovely small river that we call Plava Voda or Blue Water.

After visiting Travnik we will continue to Jajce, the capital of the independent medieval Kingdom of Bosnia, a city of stone, light, and water.

After visiting Travnik we will continue to Jajce, the capital of the independent medieval Kingdom of Bosnia, a city of stone, light, and water. You will see the city‘s trademark, a magnificent, 18-meter high waterfall located in the center of the Old Town, which makes this place unique. Later on, we will visit a mysterious medieval catacombs. We will explore the beautiful nature of Jajce by going to Pliva Lakes and Ottoman-era Watermills located a few kilometers away from Jajce.

Return to Sarajevo. Overnight in Sarajevo.

Today is our last day in Bosnia so after hotel check-out, we will be heading to Sarajevo Airport or another location according to your preferences. 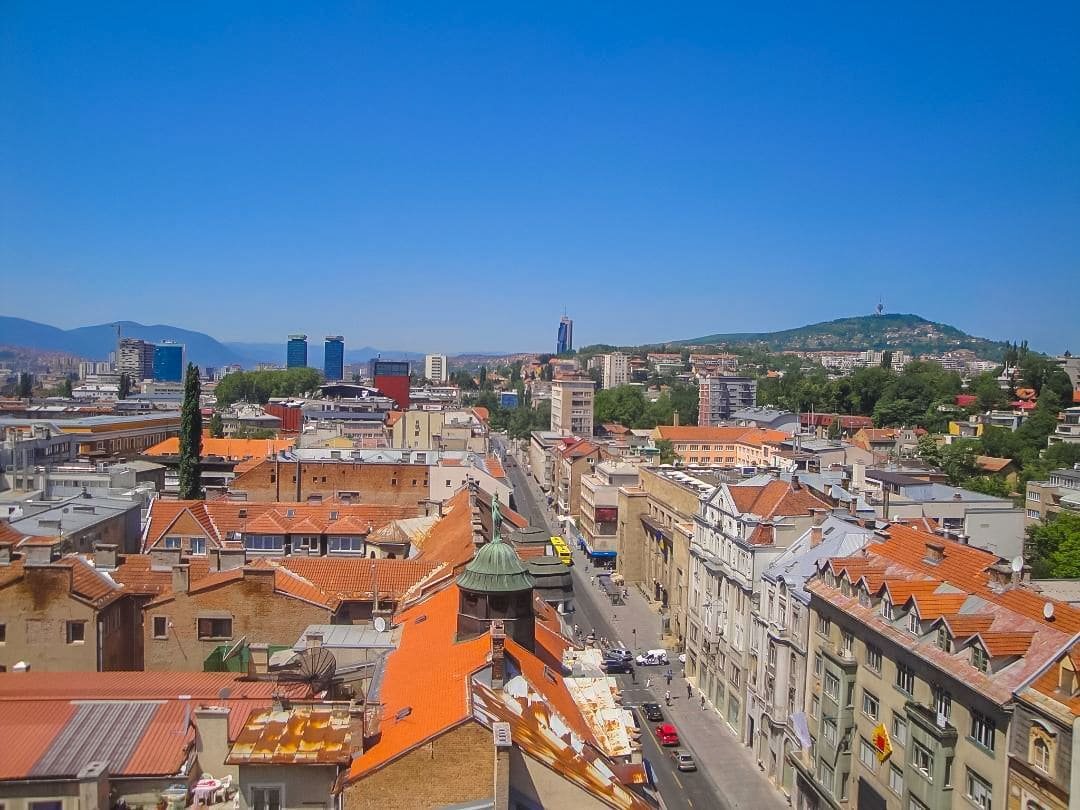 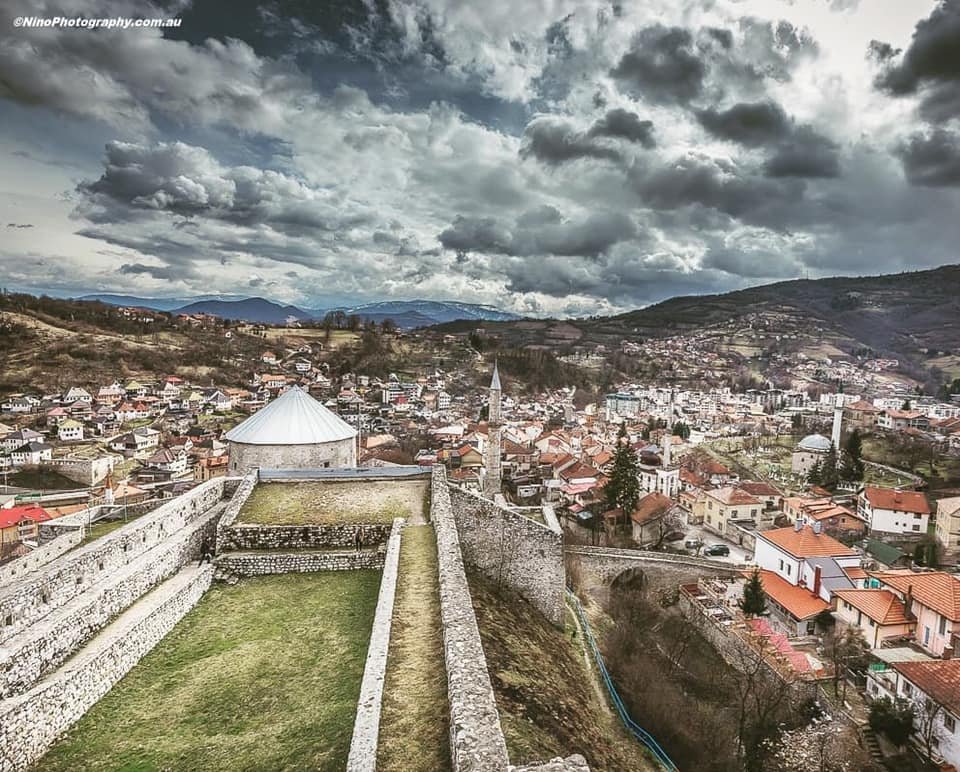 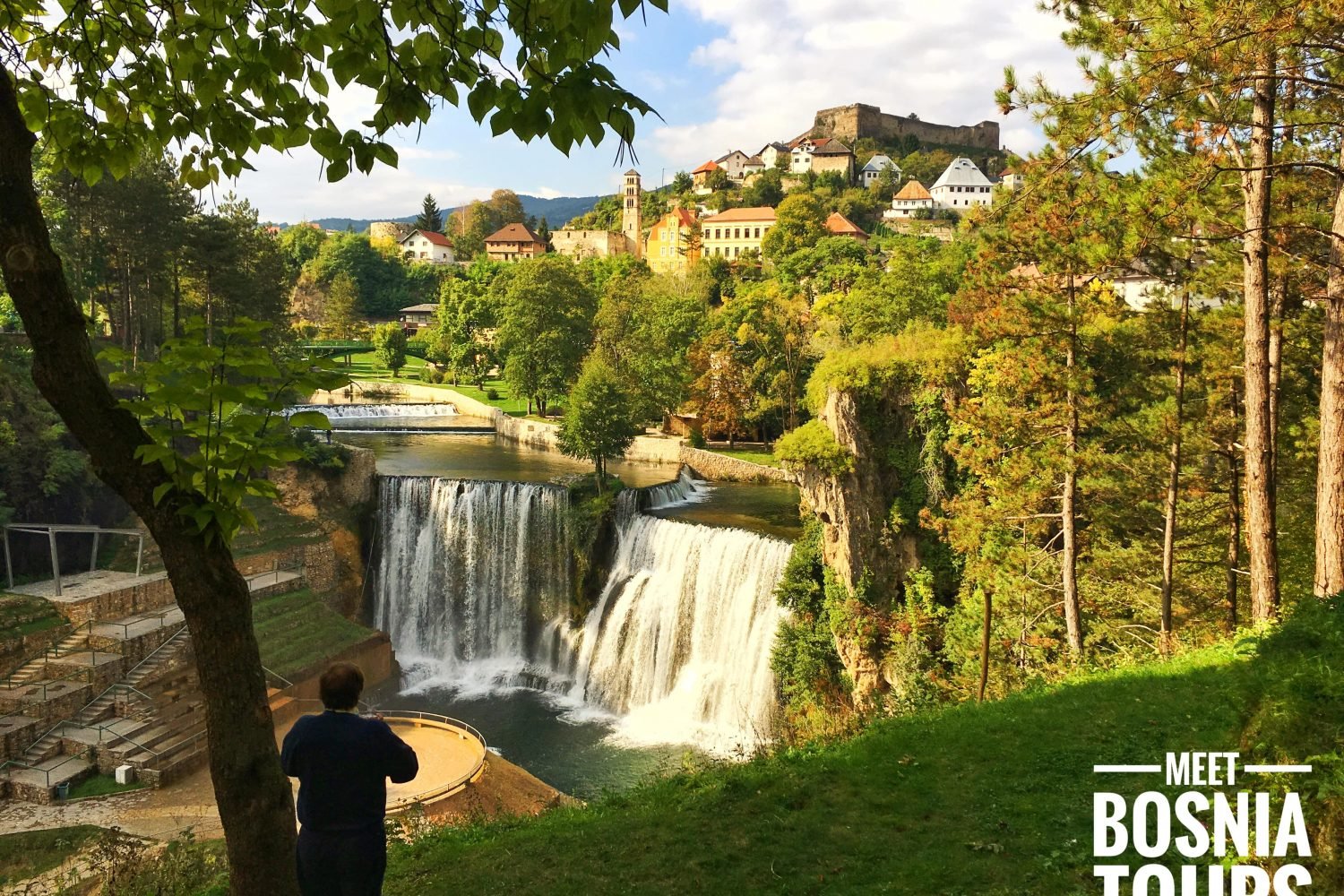 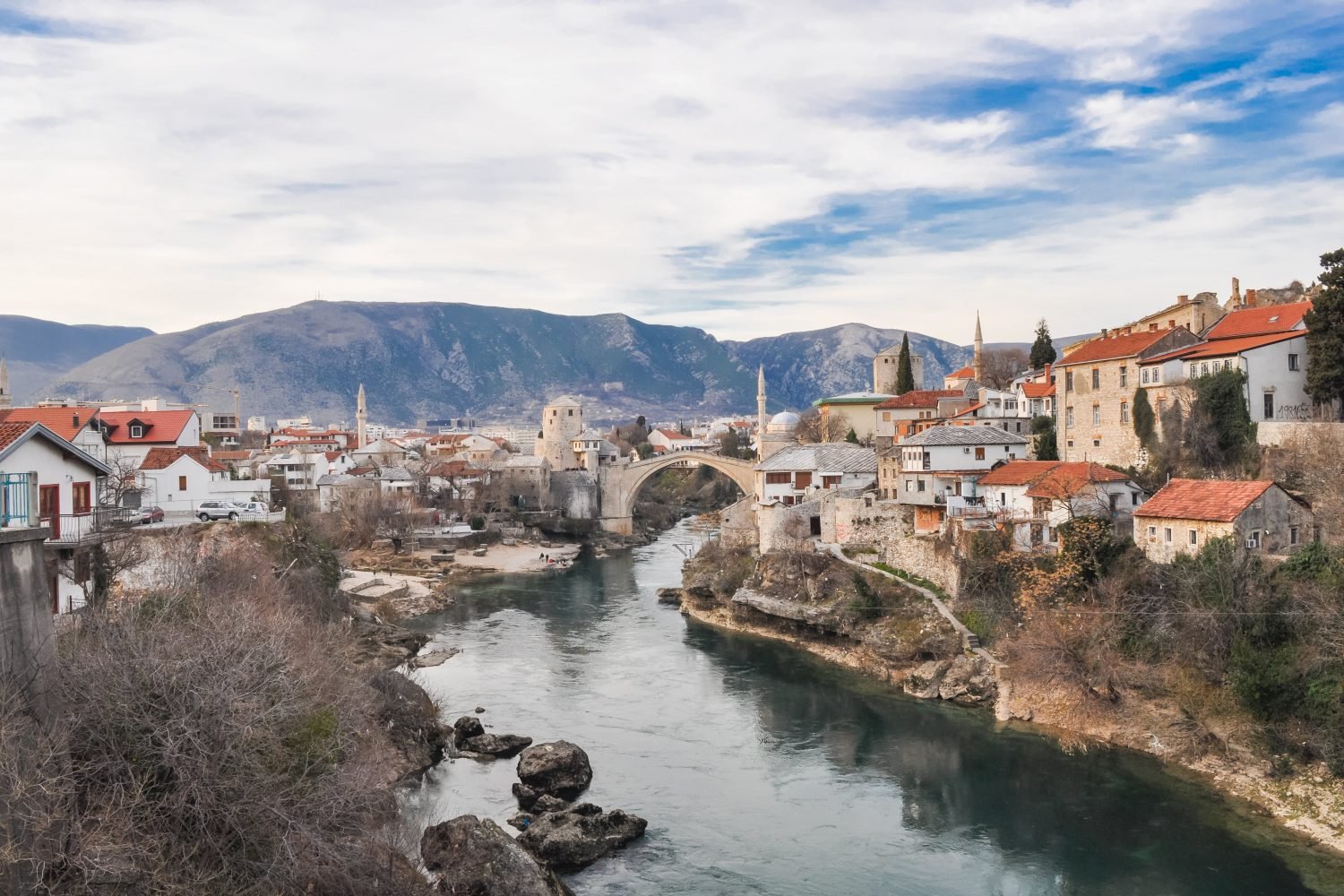 There are no words that can explain my satisfaction with this company and its stuff! They are really amazing, – so helpful, so knowledgeable. I would like to recommend this team to everyone.During trip I learned so much and still have so much fun! Thank you guys and see you again!