When you book with an account, you will be able to track your payment status, track the confirmation and you can also rate the tour after you finished the tour.
Sign Up
111

If you would like to explore and enjoy the best of Balkans this is a perfect Balkan Tour for you.

Starting from Macedonia we continue through Albania, Montenegro,  Bosnia & Herzegovina and finish this amazing expereince in Serbia.

In this 11-day tour you will have all arranged and plenty of time to discover the most beautiful pearls in the Balkans.

Skopje is the city with which we start this Balkan Tour.

After we welcome you at the airport and do hotel check-in, we will start exploring Skopje.
Skopje is the capital of the Republic of Macedonia. Definitely it is interesting for its numerous fortresses, cultural and historical monuments, archaeological sites, sports halls, caves of the canyon of Treska river and Lake Matka, health spa located in the eastern part Macedonian capital. One of the most interesting things about Skopje that we are going to see are Narrow Streets of Old Bazaar, biggest market at Balkans. There are also 1500 years old fortress Kale, monastery St. Pantaleon with the fresco ”Lamentation of Christ”, Islamic monuments Sultan Murat’s- Hjunkar Mosque, the Daut Pasha’s bath, the birthplace of Mother Teresa.

After breakfast we will visit Lake Ohrid.

It is one of the oldest lakes in Europe and the one that represents the natural border between Macedonia and Albania. In 1979 UNESCO proclaimed Ohrid World Heritage site and then in 2010 NASA named one of Titan’s lakes after Lake Ohrid Also, we will have Ohrid Sightseeing where you will see Turgut Mosque, Old Bazaar, Zeynel Abidin Pasha Tekke, Krst Dzamija. After that, we will have some free time for leisure or shopping.

Toady after hotel check-out we continue our Balkan tour to the town of Berat.

Berat is a city with 2,413 years of history, the pride of Albanian architecture under UNESCO protection. It is located 120 km from Tirana, on the banks of the Osum River. It’s known for its white Ottoman houses. On a hilltop, Berat Castle is a huge compound now inhabited by townspeople. Within its walls are Byzantine churches, the Red Mosque, and the Onufri National Museum, with Christian icons.

After visit to Berat,, we will continue to Tirana. Overnight in Tirana.

This is a full day reserved for exploring Tirana.

Tirana is the capital city of Albania. It’s center is Skenderbeg Square, named after the national hero who briefly ensured Albania was independent of the Ottoman Empire in the fifteenth century. There is aa large bronze statue of Skanderbeg on horseback in the middle of the square, and the Ethem Bey’s Mosque, one of the nation’s most treasured buildings that dates back to the late eighteenth century. You’ll find Tirana’s concrete pyramid in a short walk from Skanderbeg Square. Built-in 1987 by the daughter of Albania’s dictator Enver Hoxha there is a museum dedicated to her father.

After breakfast and check out we will proceed with our Balkan Tour to one of the most beautiful parts of the Adriatic coast of Montenegro – Budva Riviera.

Budva is a town famous for the best entertainment in the Balkan. In Budva, we will visit the Old Town of the city. It is a unique architectural fusion, surrounded by medieval walls, fortress, towers, and city-gates.

Then we will proceed to Sveti Stefan Island – one of the most exclusive summer resorts of the Adriatic coast.

Return and overnight in Budva.

After breakfast we will check out an proceed to Porto Montenegro – „The Monaco of the Balkans”.

It represents a world-class marina located in the town of Tivat. After short tour around this marina we will proceed to Kotor.

Kotor is an old Mediterranean town, surrounded by a formidable city wall. Kotor was built between the 12th and 14th century. Its medieval architectural and other cultural monuments are the reason why UNESCO included the city into the list of “World Natural and Historical Heritage Site”:. After we visit Kotor Fortress and Kotor Kathedral, we will proceed to Trebinje.

Trebinje is a typical Herzegovina old town. The Old Town of Trebinje – known as Kastel has been constructed on the banks of the Trebišnjica river. You will certainly enjoy the natural beauties and historic monuments of this town. Optional will be visit to the Museum of Herzegovina.

After breakfast in beautiful Trebinje, we will proceed with this Balkan Tour to Počitelj Fortress.

Počitelj is a medieval and Ottoman-Mediterranean wonder of nature and architecture, a place like no other. Cupped in a steep rocky amphitheater, it’s a warren of stairways climbing between ramshackle stone-roofed houses and pomegranate bushes. Since the year 2000, the Federation of Bosnia and Herzegovina Government has placed the village under a Programme of Permanent Protection.

After Pocitelj we will proceed to Blagaj – a small village located nearby Mostar. In Blagaj you will see Tekke or the Dervish Monastery, which was built around 1520. The monastery is an important monument of the early Ottoman period in Bosnia & Herzegovina. It has been used by the dervishes in order to perform special rituals called Dhikr (praise to God). The Blagaj Tekke is situated by the spring of the river Buna, surrounded by beautiful mountains.

Our next stop is the cultural and historic center of Herzegovina – Mostar, a real pearl of our Balkan Tour. In Mostar you will see the famous, UNESCO protected Old Bridge of Mostar built-in 1566 which is the biggest attraction of this beautiful city. You will also see
Kriva Ćuprija, the oldest arch bridge in Mostar, Hamam – Turkish bath Koski Mehmed Pasha Mosque, the second biggest mosque in Mostar. We also pass through Kujundžiluk – Old Bazzar that winds along a small, pretty, cobbled street, dating back to the middle of the 16th century.

Than we proceed to Sarajevo. Overnight in Sarajevo.

After breakfast we will proceed to Visegrad.

Visegrad is a town on the Drina river in the eastern part of Bosnia and Herzegovina. It is located in the valley of the Drina, in the hilly slopes gently rising high into the mountains, over 1000 meters in high. This small town is full of pretty streets, but we will dedicate our visit to The Old Stone Bridge, the endowment of Grand Vizier Mehmed Pasha Sokolovic. The bridge is part of UNESCO World Heritage.

Just nearby this famous bridge is another tourist attraction – Andricgrad (Andrictown) also known as Kamengrad (Stonetown).

Before we cross the border between Bosnia and Herzegovina and Serbia we will visit Dobrun monastery – one of the oldest monasteries in Bosnia and Herzegovina. Dobrun Monastery is located in the picturesque mountainous region, surrounded by rocky hills and opened towards the gorge of the mountain stream with numerous springs and fertile fields and pastures.

The next stop is Ethno Village Drvengrad, located in West Serbia. Drvengrad means wooden town and that’s exactly what you’ll find here. Everything is made of timber from conifer trees.

Later on we will enjoy a completely unique Sargan Eight train ride.

Arrival and overnight in Belgrade.

After breakfast, we will have a sightseeing tour around Belgrade.

We will drive through New Belgrade where you’ll see prominent Belgrade’s “blocks”: classical example of Socialism architecture popular after World War II, along with modern business centers among which Ušće Center surely predominates. We cross the river over the Brankov Bridge and drive to Tasmajdan Park, Slavija Square and the Church of Saint Sava. The tour then goes on at the street of Serbian Rulers and then we’ll see New and Old Palaces, Terazije Square. We proceed to Belgrade Fortress – Kalemegdan, the best place to see Belgrade’s symbol – Statue of the Victor – and observe the history of Roman and Ottoman Rule in Belgrade. Then we’ll move on walking in the main city’s pedestrian zone, Knez Mihailova Street and Republic Square.

Free time in evening and overnight in Belgrade.

After breakfast, we will have a transfer to the Belgrade Airport and the Balkan Tour is will finish for this time. Departure flight. 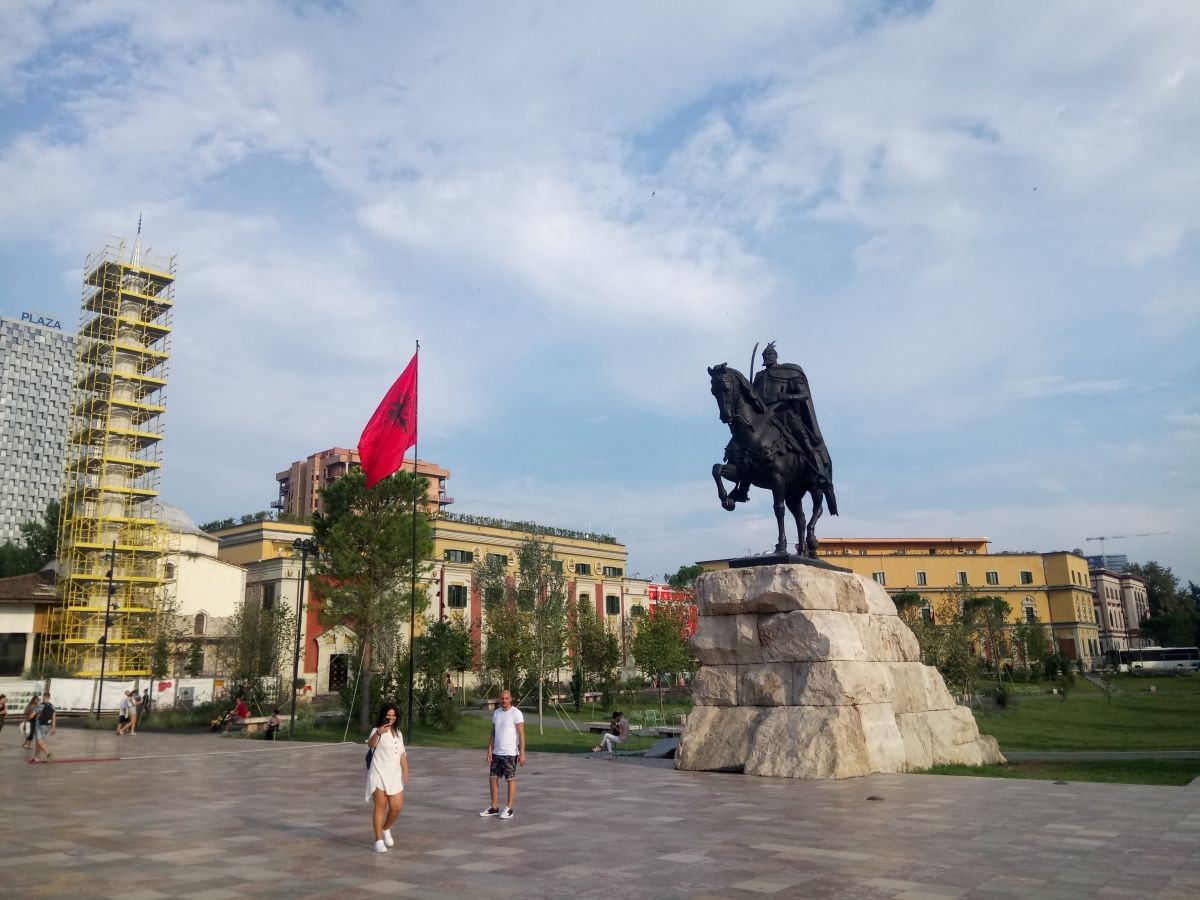 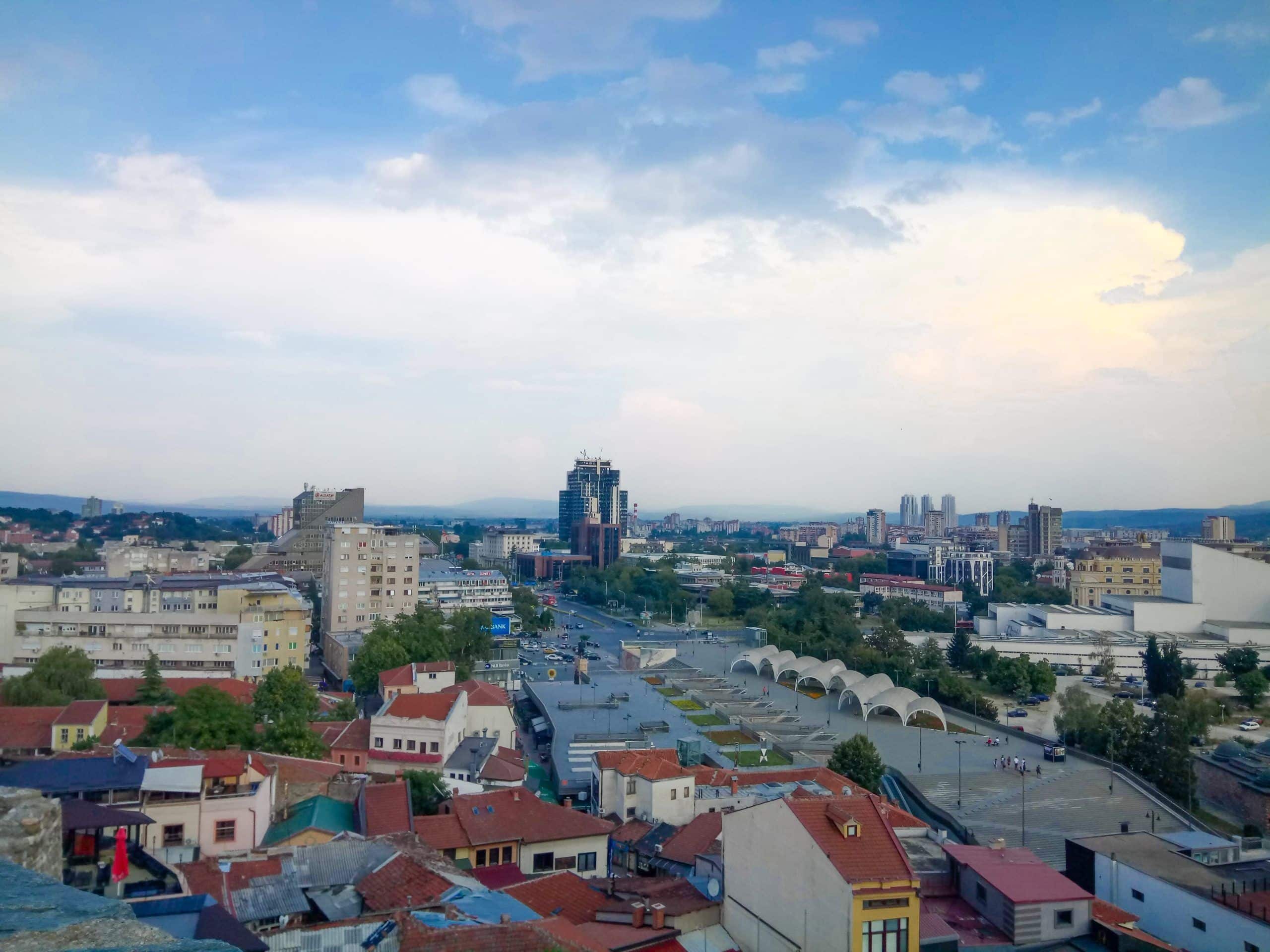 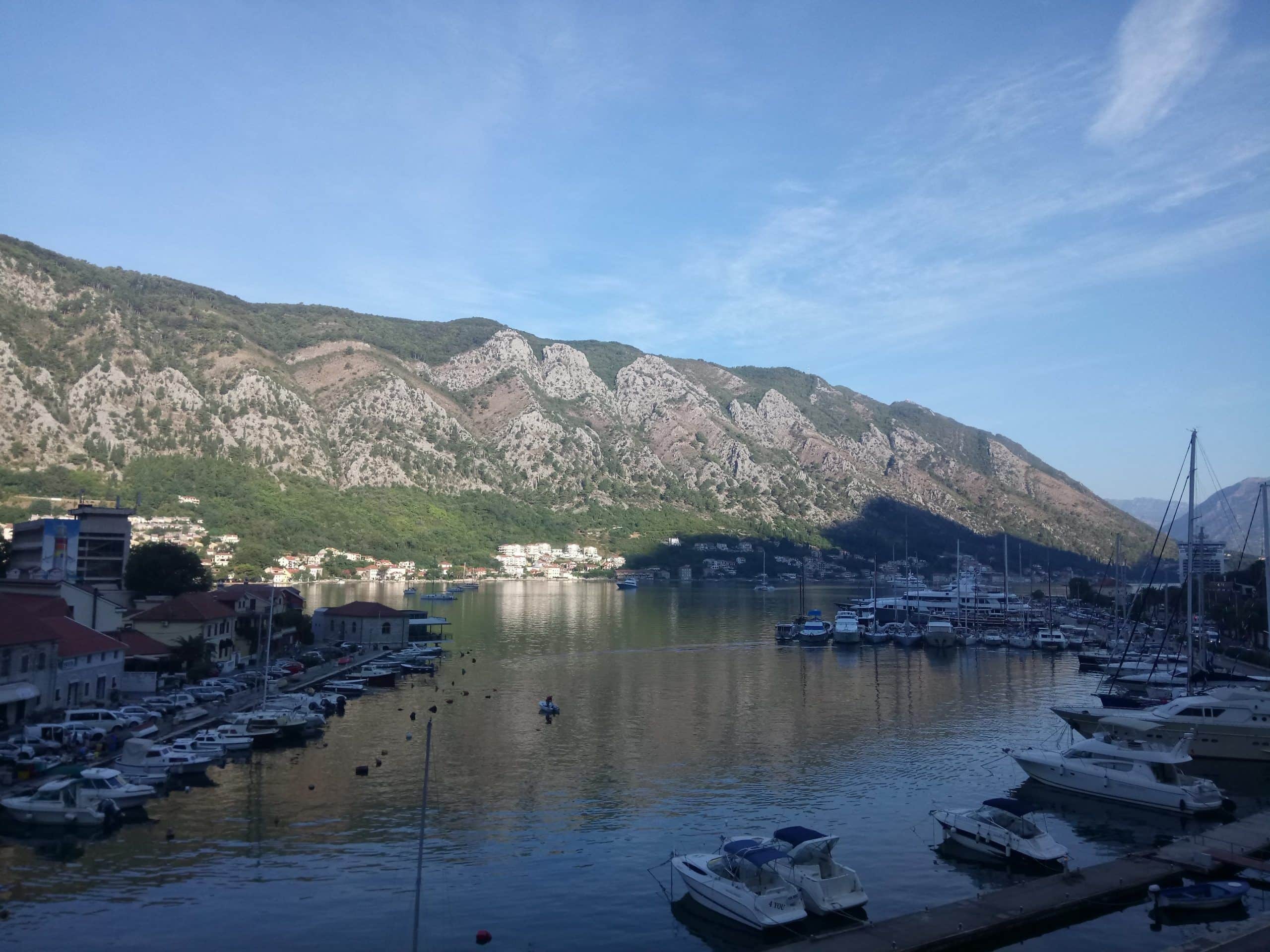 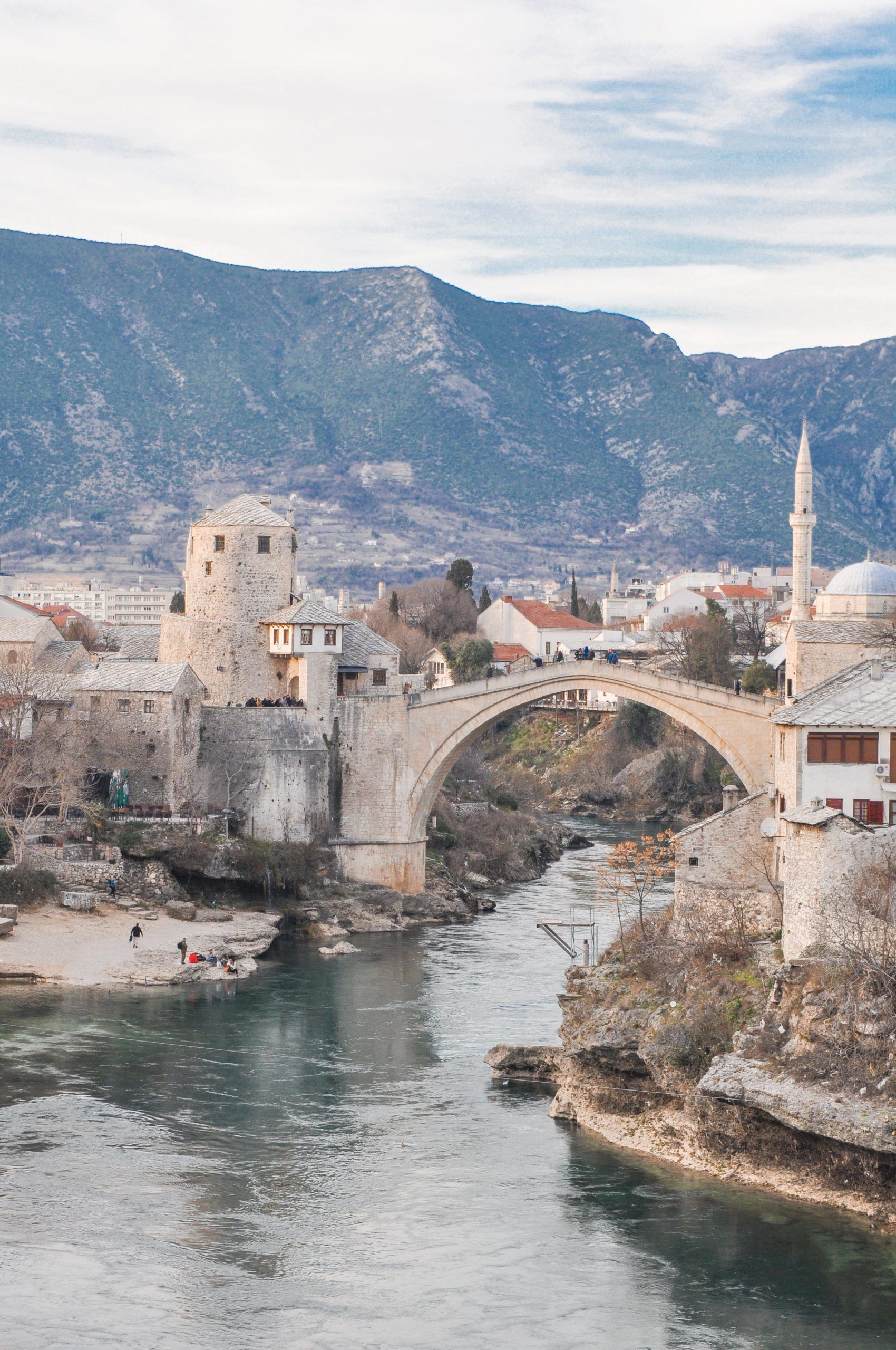 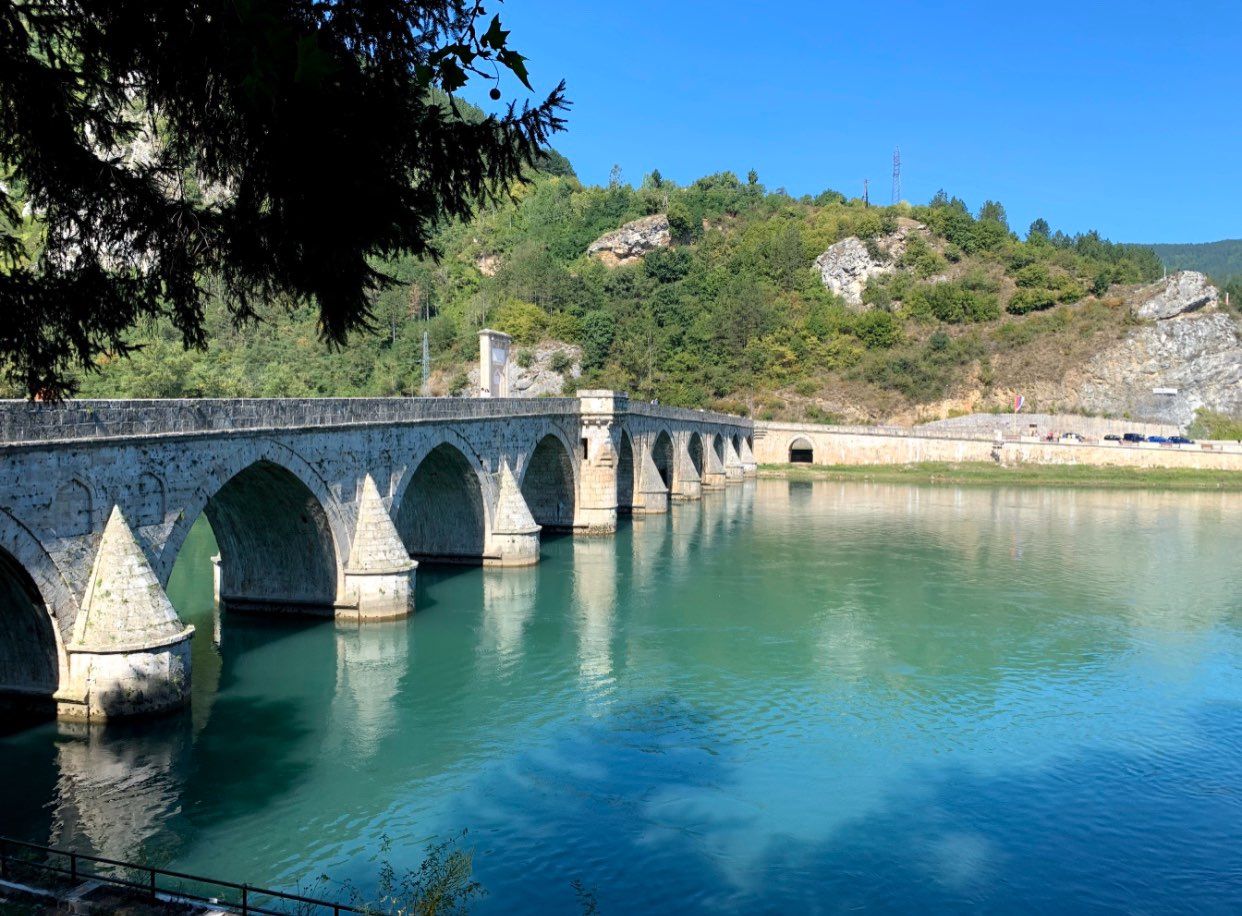 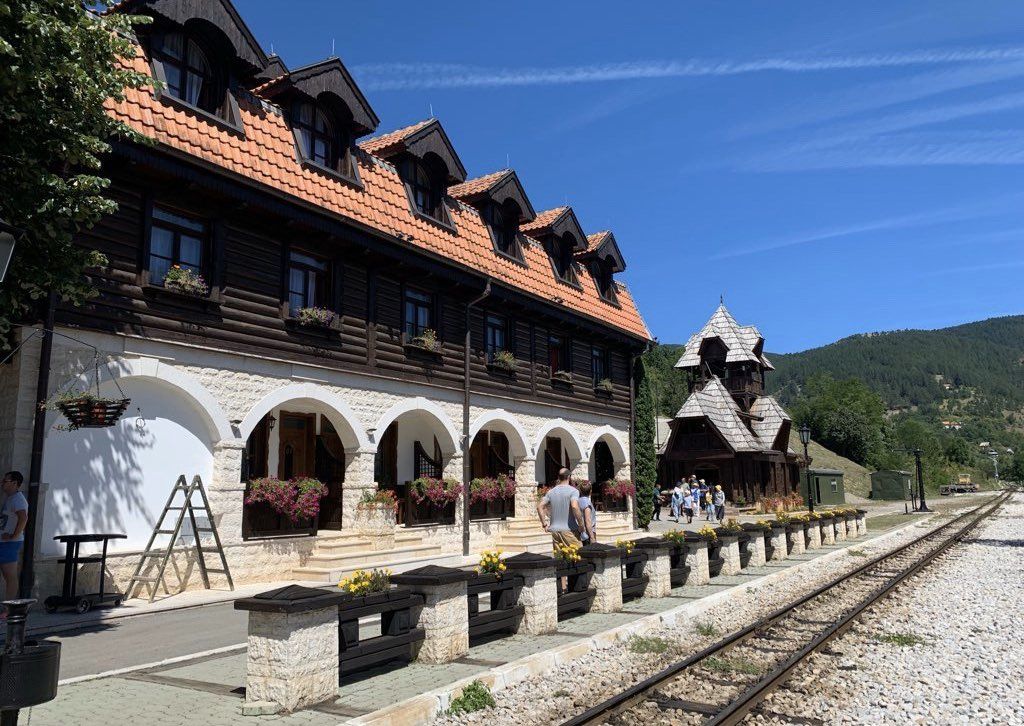 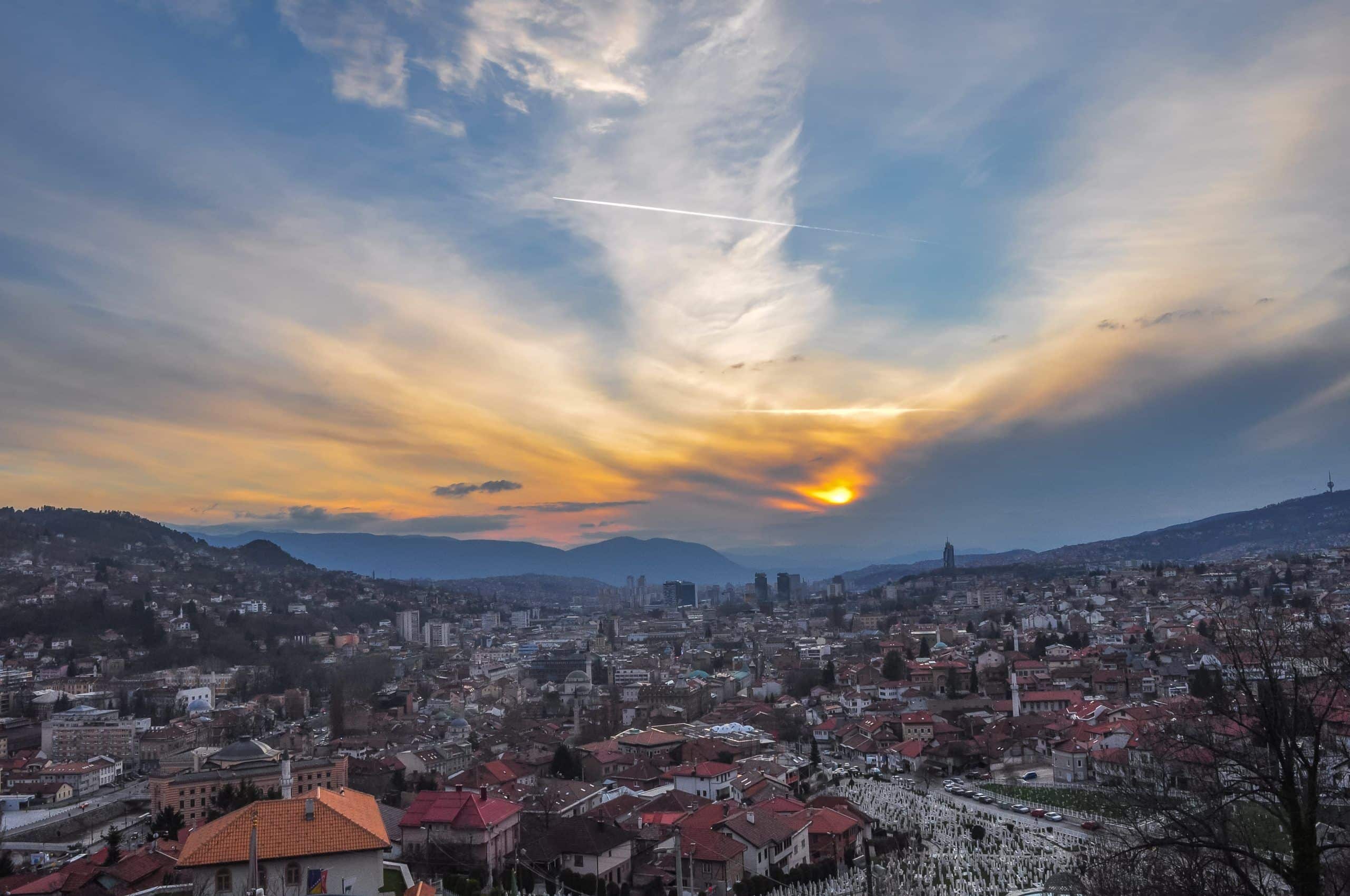 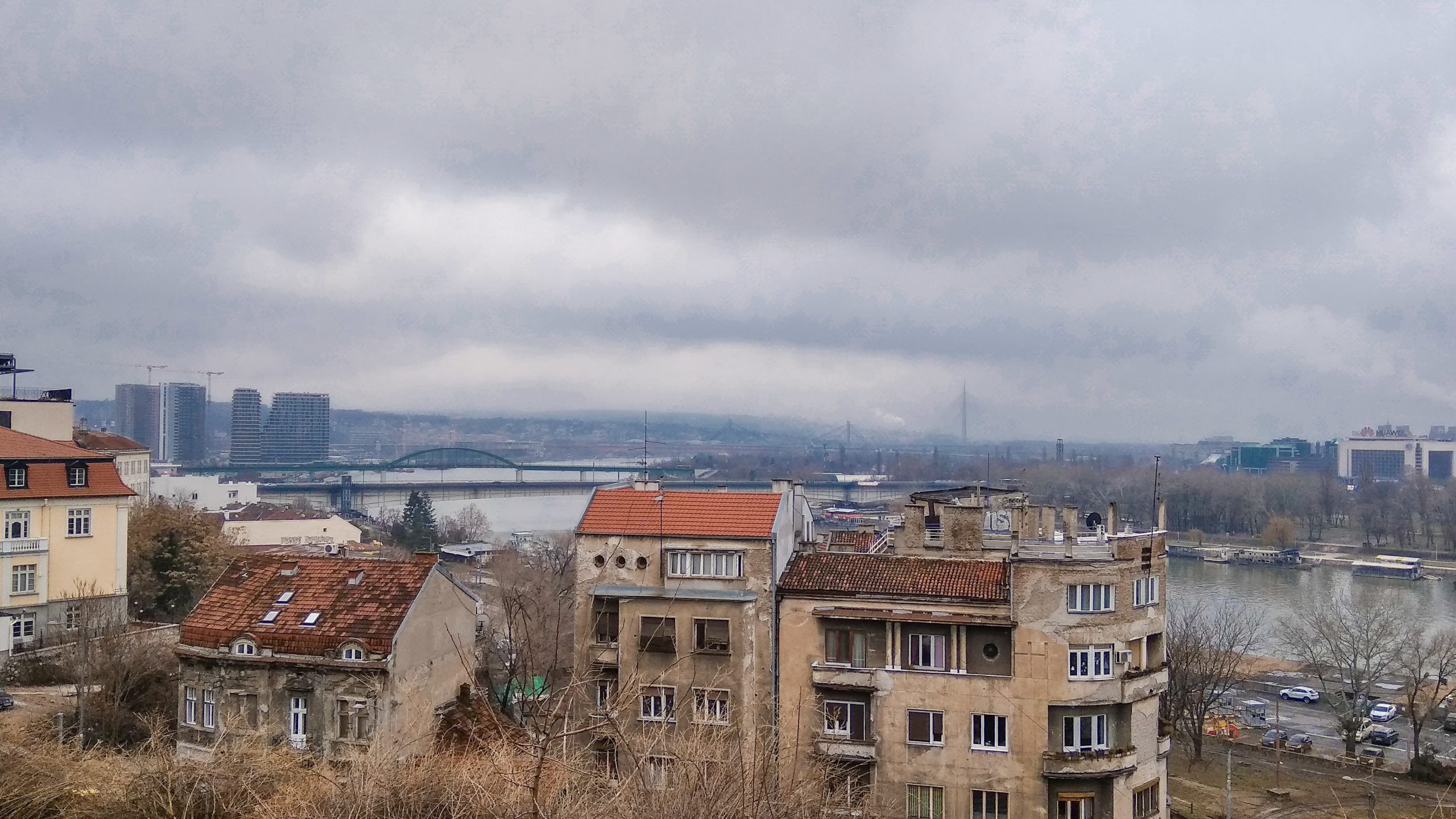 We really enjoyed this trip with Amer and Meet Bosnia team. Everything was perfectly organized and the sites we have seen were just amazing. Hoping to see you again in future!