When you book with an account, you will be able to track your payment status, track the confirmation and you can also rate the tour after you finished the tour.
Sign Up
288

Learn more about Jewish heritage in our Sarajevo Jewish Tour

If you are interested in fiding our more about rich culture and heritage of Jewish community in Sarajevo, you shoud join our Sarajevo Jewish Tour.

The first Jews arrived to Bosnia in the middle of 15th century from Spain and Portugal.

As tens of thousands of Jews fled the Spanish and Portuguese Inquisitions, Sultan Bayezid II of the Ottoman Empire welcomed the Jews who were able to reach his territories. Straightaway, Sephardi Jews fleeing Spain and Portugal were welcomed in the Ottoman domains.  They found their way to Bosnia and Herzegovina, Macedonia, Thrace and other areas of Europe under Ottoman control. As a consequence, Sarajevo became an important center for the Jews of Balkans.

Let us guide you through the streets of Sarajevo and show you the most important Jewish monuments in our city.

Overall, Jews in the Ottoman Empire were generally well-treated and were recognized as “the people of the book”. Despite some restrictions, the Jewish communities in the Empire prospered. The Ottomans granted  them significant autonomy, with various rights including the right to buy real estates. Jews also built synagogues and conducted trade throughout the Ottoman Empire. Ultimately, the Ottoman State granted full equality to Jews, along with the other non-Muslim subjects of the Empire by 1856.

Definitely, we talk about the rich Jewish history on several Sarajevo tours, but this specific one is focused entirely on long-lasting traditions and customs of Jews in Sarajevo.

Sarajevo Jewish Tour starts with visit to the Old Jewish Temple. Today it is The Jewish Museum of Bosnia and Herzegovina that focuses on five centuries of Jewish community in Sarajevo. There we will talk about the trade network in Sarajevo and development that happend in Sarajevo due to Jewish merchants. Listen the traditional Bosnian music known as sevdalinka and find its connection to Sefardic religious songs.

Also, Sarajevo Jewish Tour covers the Ashkenazi Synagogue. It is the only active Synagogue nowadays in Sarajevo.

Later on we will see the buildings that used to be the sinagogues including todays Bosnian Cultural Center Building – former Mourish-style beautiful Grand Jewish Temple.

You shoud definataly not miss the amazing story of the 700 years old Sarajevo Haggadah and the Muslim librarian who saved it from the Nazis. Sarajevo Haggadah is a compilation of different stories written by the Jews in Barcelona in 14th century and that, by destiny, was brought to Sarajevo by a Jewish family in 16th century. The book survived three wars and it is still the most important item of the National Museum, and the most important item of Jewish heritage in Bosnia.

For the end of the tour, we will visit Sarajevo Jewish Cemetery – second largest Jewish cemetery in Europe. Now it is a mmixed cemetery where you will find both Sephartic and Ashkenazi Jews graves. We will talk about the the important people burried there and of course, the tragedy of Jewish population in WW2.

The Jewish Cemetery during the war in Bosnia in the 90’s, as a very important stratigic place was destroyed and this is one of the topics of our interest in this tour. Jews of Sarajevo, even though most of them left the city when the war started, never forgot what Sarajevo has done for them. They founded several foundations and trusts that directly helped the besieged city during the war. 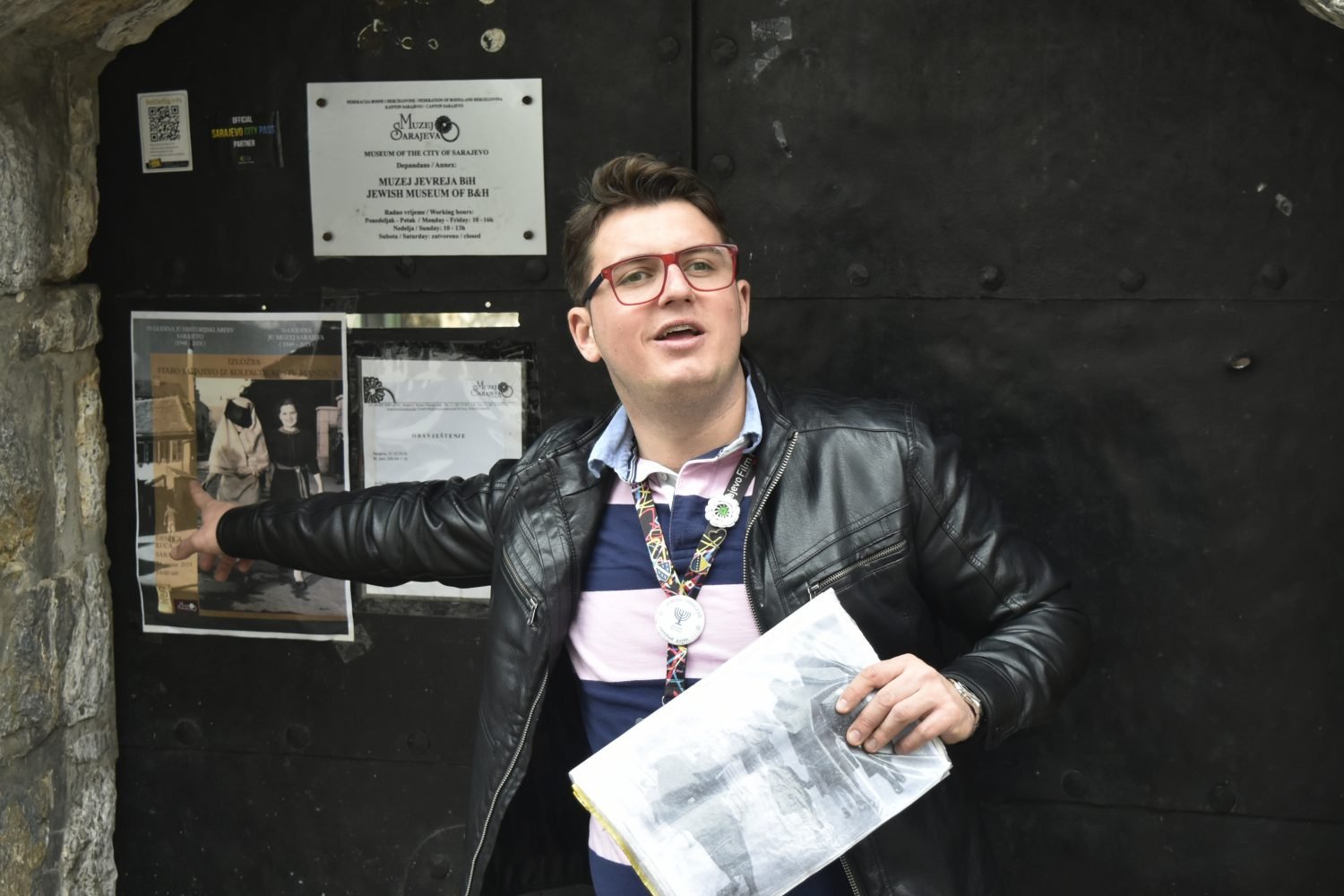 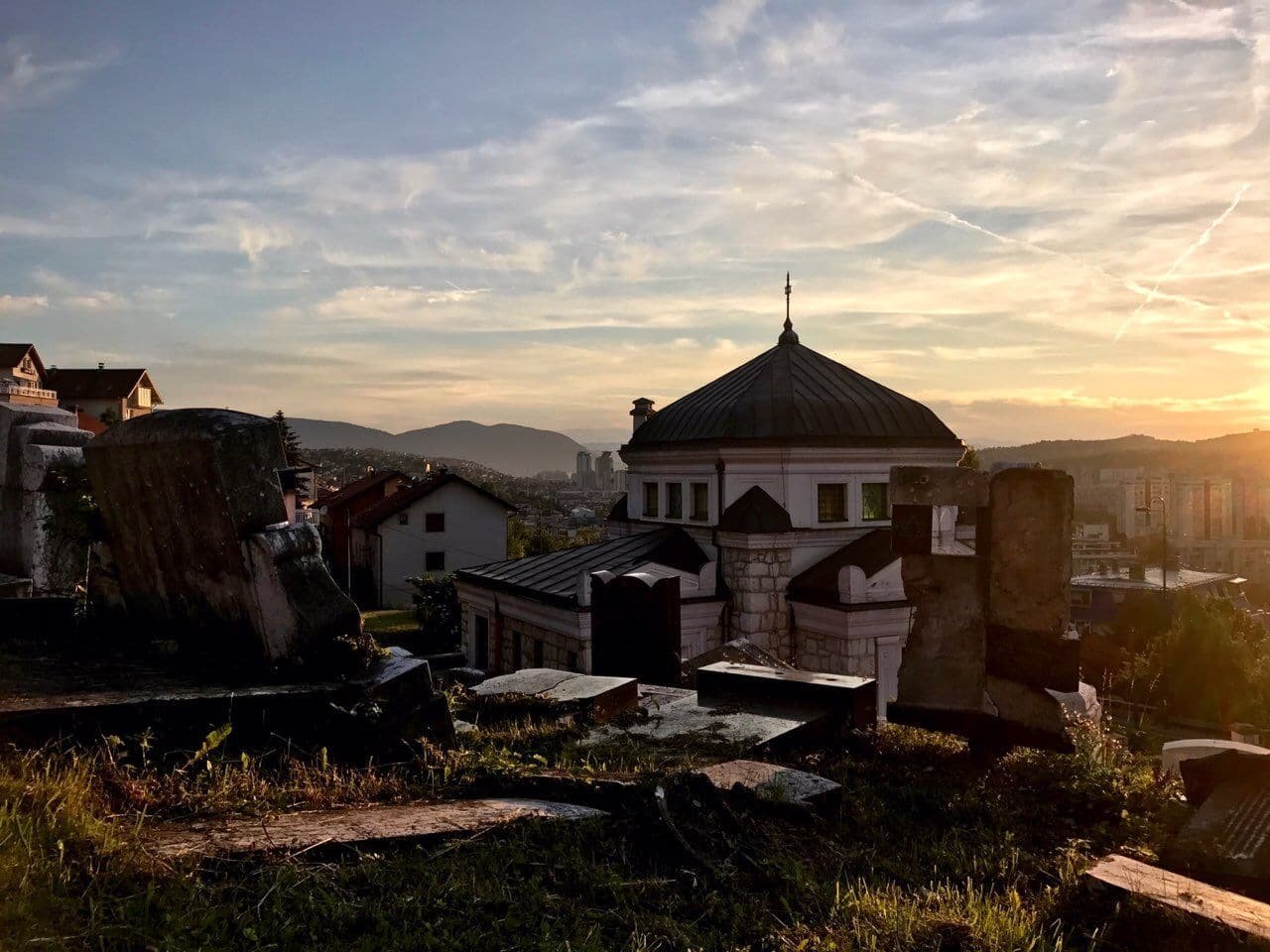 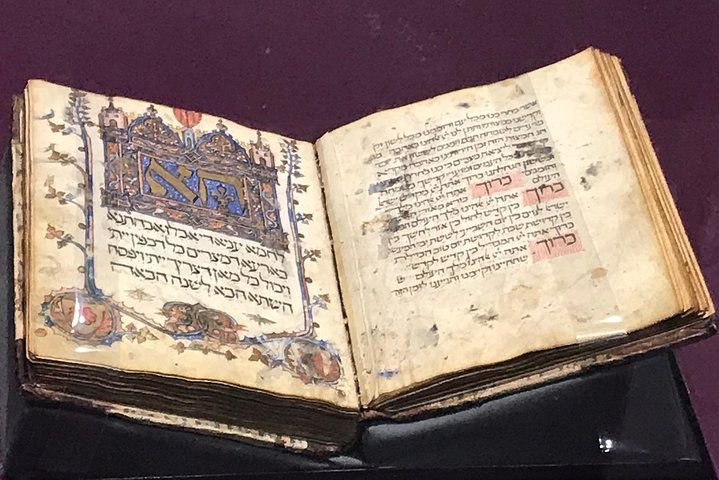 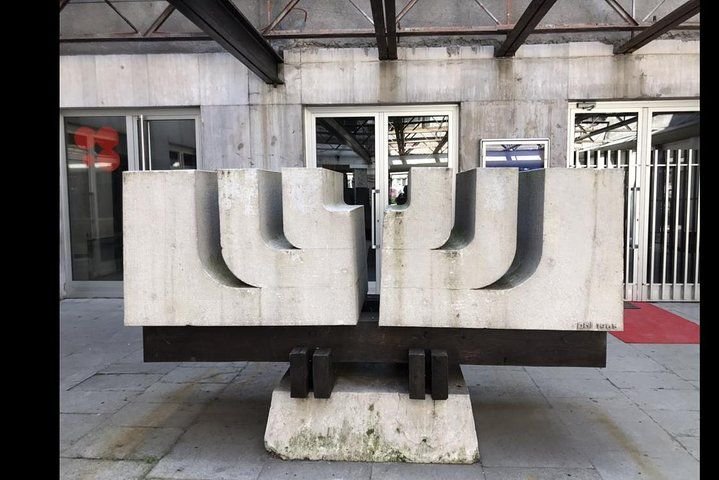 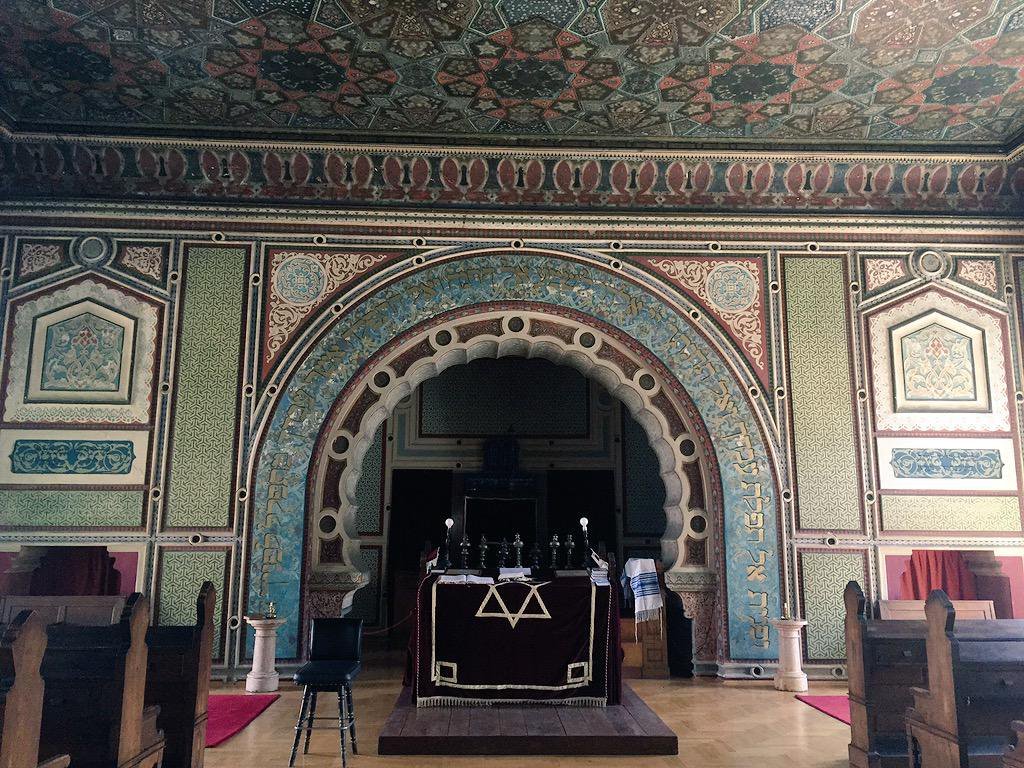 Fabulous tour with Eden. His knowledge of the Jewish history of Sarajevo is great.
Very charming and attentive and very willing to answer all questions. The big draw here is the Sarajevo Hagaddah which can only be seen twice a week for 1 hour. We are very thankful to Eden for pointing this out to us and arranging our tour around this.