Shot that Changed the World – Assassination in Sarajevo Tour

When you book with an account, you will be able to track your payment status, track the confirmation and you can also rate the tour after you finished the tour.
Sign Up
171

Shot that changed the history

Shot that Changed the World tour is dedicated to two bullets fired in a Sarajevo street on a sunny June morning in 1914 set in motion a series of events that shaped the world we live in today.

The assassination of Archduke Franz Ferdinand, nephew of Emperor Franz Josef and heir to the Austro-Hungarian Empire, is known as the central event that caused World War I.

In order to better undertand political climate which was prevalent in Europe 1914 and the reasons why the First World War started, as well as how the Sarajevo Assasination  happened and changed the course of World map back then, we designed Shot that Changed the World Tour.

You will see the most important sites related to Austro-Hungarian period in Bosnia and Herzegovina and the assassination of the archduce itself and you will find out how empire’s rule impacted Bosnian society back in that time.

Shot that Changed the World Tour in Sarajevo starts with visit to Sarajevo City Hall – a beautiful Austro-Hungarian-era building still representing one of the most iconic symbols of our city.

This is the place where the archduce Franz Ferdinand and his wife Sophie should have been hosted by Sarajevo,s majoy. Franz Ferdinand decided to visit Sarajevo, the capital of Bosnia and Herzegovina. to inspect the imperial armed forces in Bosnia and Herzegovina, former Ottoman territories in the turbulent Balkan region that were annexed by Austria-Hungary. The date scheduled for his visit, June 28, coincided with the anniversary of the First Battle of Kosovo in 1389 in which medieval Serbia was defeated by the Turks.  On the same date was  Franz Ferdinand’s wedding anniversary. For the first time in her married life, Sophie (also known as the Duchess of Hohenberg) is accompanying her husband on a state visit.

Before getting to the topic of the assassination itself, we will explain the political and social situation in Bosnia and other Southern Slavic countries in period of the Austro-Hungarian rule.

We will talk about “Black Hand”, a secret Serbian society of the early 20th century that used terrorist methods to promote the liberation of Serbs outside Serbia from Habsburg or Ottoman rule and was instrumental in planning the assassination. Another secret movement founded in Bosnia and related to Black Hand  – “Young Bosnia” will be the topic of discussion. When it was announced that Franz Ferdinand will be visitting Sarajevo the two organisations decided to assassinate him. You will heear the complete story about thze first, failed attempt of the assassination. Then we will talk about the the event  when 19-year-old Gavrilo Princip Gavrilo Princip seized his opportunity after a wrong turn Ferdinad’s driver took. He stepped forward and fired two shots. The first shot hit pregnant Sophia in the stomach, she died almost instantly. The second shot hit the Archduke in the neck. He died a short while later.

Your guide will explain you  how the assassination of Franz-Ferdinand and Sophie set off a rapid chain of events and how the WW1 started.

This part of the tour we will make more complete by visiting Sarajevo Museum where everything you fill find is dedicated to the life in Bosnia during the Austro-Hungarian rule, the assassination of the archduce Ferdinanad and start of World War 1.

After explaining the events that led to the assassination and the those that have been the consequences of it, we will be passing by car throughf the avenue that was Franz Feerdinand’s route on the fatal day.

We will see the Chappel of Gavrilo Princip, assassin of the archduce and his wife, where he and other members of secret oranisation were burried.

Later on we continue to Hotel Austria & Bosna where the archduce stayed with his wife in Sarajevo. From this hotel he started his journey to death.

The next destination will be the Statue of Gavrilo Princip located in East Sarajevo, a mmunicipality that belongs to the Republic of Srpska area. Do not be surprised when you realise how different percipetion of Gavrilo Princip and of what he did exist in Bosnia and the whole region of the Balkans. 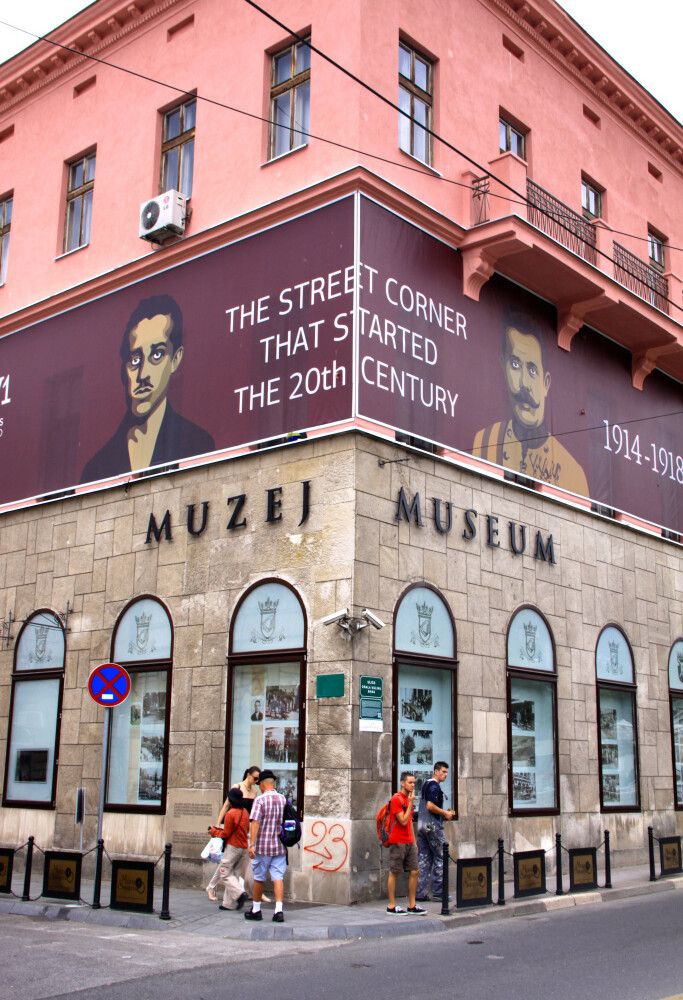 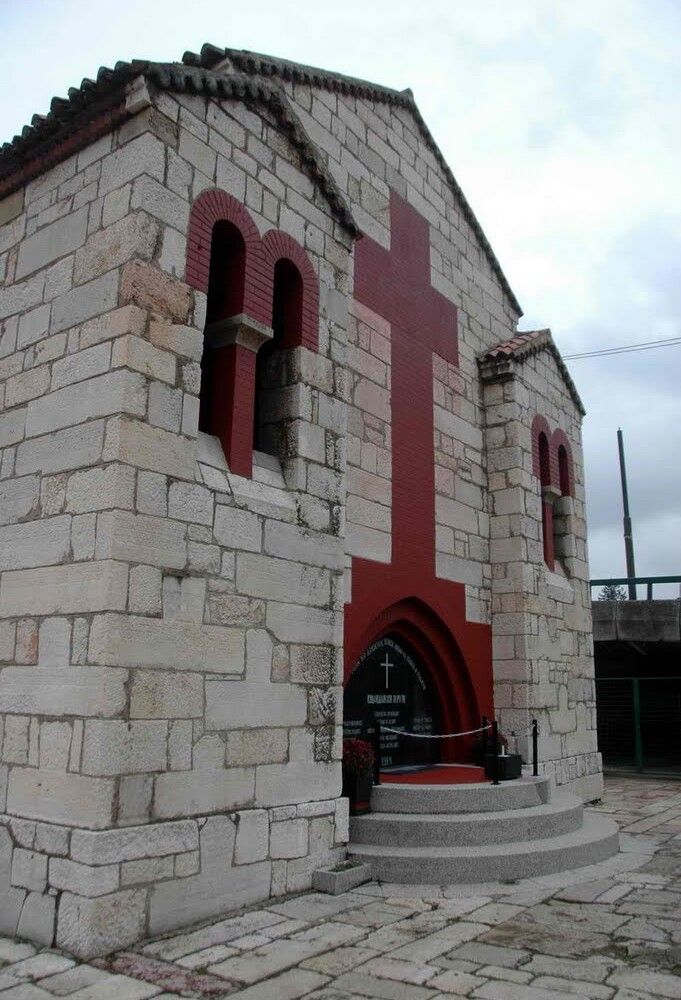 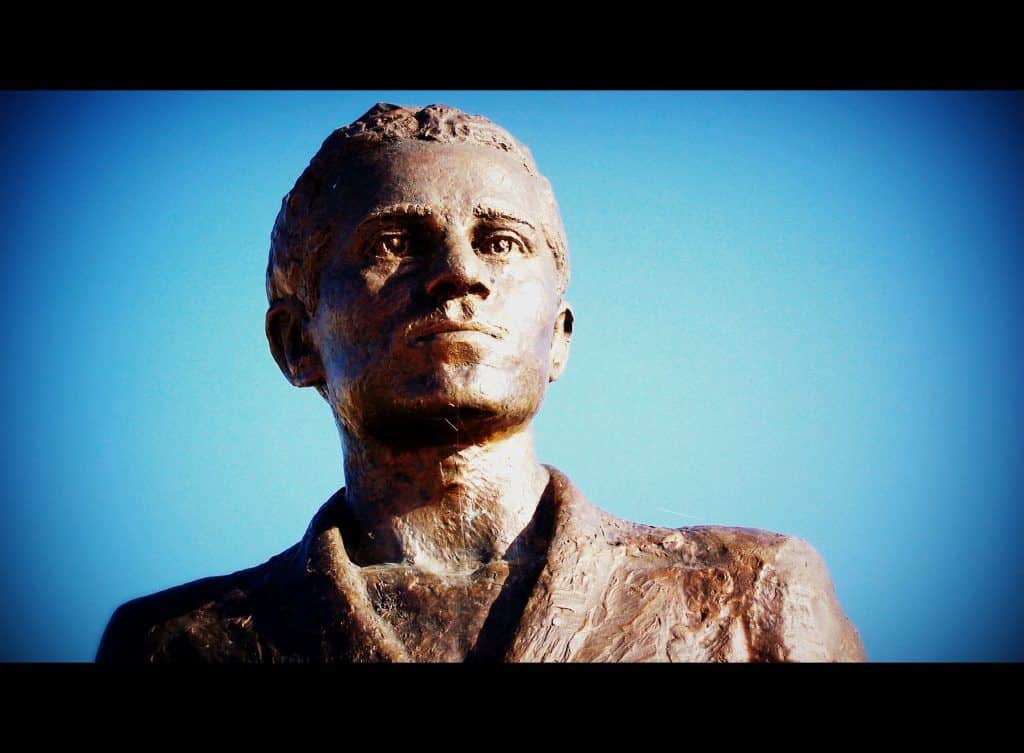